This Just In: Michigan Set to ‘Dominate’ U.S. Battery Manufacturing by 2030

CNBC reports that Michigan is among the three states that will lead electric vehicle battery manufacturing in the U.S. by 2030 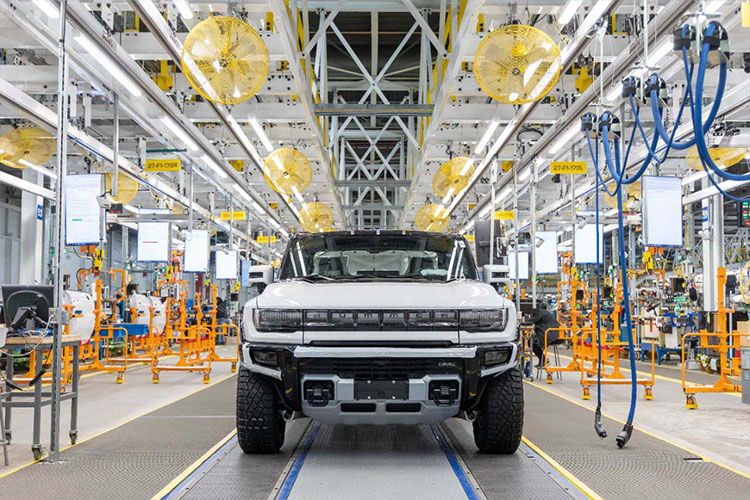 In a new report from CNBC, Michigan is named one of three states poised to “dominate” electric vehicle (EV) battery manufacturing in the United States by 2030.

According to the article, based on a November 2022 report from the Argonne National Laboratory, Michigan, Georgia and Kentucky “will be able to manufacture between 97 and 136 gigawatt hours’ worth of EV batteries per year by 2030,” thanks to plans currently in place. The U.S. Department of Energy noted that EV battery manufacturing capacity in North America in 2030 is projected to be close to 20 times greater than in 2021, with production capacity capable of supporting 10 to 13 million all-electric vehicles per year.

“For generations, Michiganders have stepped up to get the job done by embodying the kind of grit, determination and work ethic needed to keep the world moving forward,” said Governor Gretchen Whitmer. “As we work to make an electrified future a reality, it’s no surprise that once again, Michigan is being recognized as a leader in shepherding in this new evolution. We’re ready to build on our proud legacy and automotive heritage here in Michigan to once again usher in a greener, more sustainable and electrified future in 2023 and beyond.”

Michigan is leading the charge to position the U.S. as a global EV competitor through this increased manufacturing capacity. Last year, the state attracted over $14 billion in EV and battery investments while developing programs to train and employ the next generation of talent in the EV and mobility sector.

“2022 was a year like no other, as Michigan welcomed transformational investments that further demonstrated our leadership in the mobility industry,” said MEDC CEO Quentin L. Messer, Jr. “It should come as no surprise that Michigan is being recognized as a leader and serious competitor as we move toward an electrified future. We realize that Team Michigan, from Governor Whitmer to bipartisan legislative leaders to local elected officials and economic development partners, must earn daily the ability to dominate. In 2023 and beyond, we must and will get better, together across both peninsulas, and we will continue putting the world on notice that Michigan aims to dominate the sector that it created.”

EV and Battery Project Wins
Transformational EV and battery investments in Michigan in 2022 include:

Michigan’s Got Talent
Michigan is also making investments to support the growth of the state’s high-tech talent pipeline. Growing Michigan's economy and investing in Michigan's workforce were focus areas of the bipartisan state budget passed in July 2022. The MEDC also put an emphasis on talent initiatives with the development of the Talent Action Team.

Led by MEDC Executive Vice President and Chief Talent Solutions & Engagement Officer Kerry Ebersole Singh, the TAT works across the public sector, industry partners and training institutions to provide talent solutions. The TAT’s goal is to train thousands of workers in the first year by delivering professional development programs where people improve their skills and competencies in line with in-demand roles.

In 2022, the MEDC convened the Electric Vehicle and Mobility TAT to launch the first focused effort on supporting the talent transition in the EV and mobility sectors. At the end of the year, Governor Whitmer announced the Semiconductor TAT, the second group MEDC formed as part of its commitment to providing concierge-level support to businesses looking to grow and expand in Michigan. 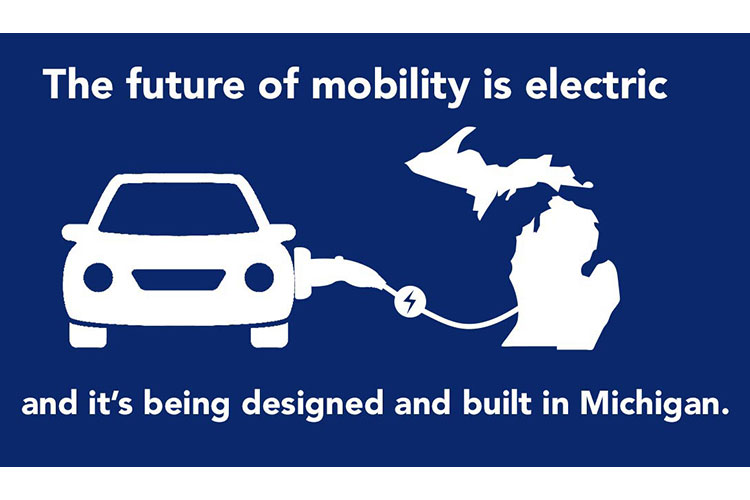 With its legacy of automotive innovation and forward-thinking approach toward investment attraction and talent development, Michigan will be in the driver’s seat on the road to 2030 and beyond.
Learn more about the ways Michigan is a leader in transportation mobility and electrification at michiganbusiness.org/mobility/.