The Michigan Economic Development Corporation works with communities of all sizes statewide. 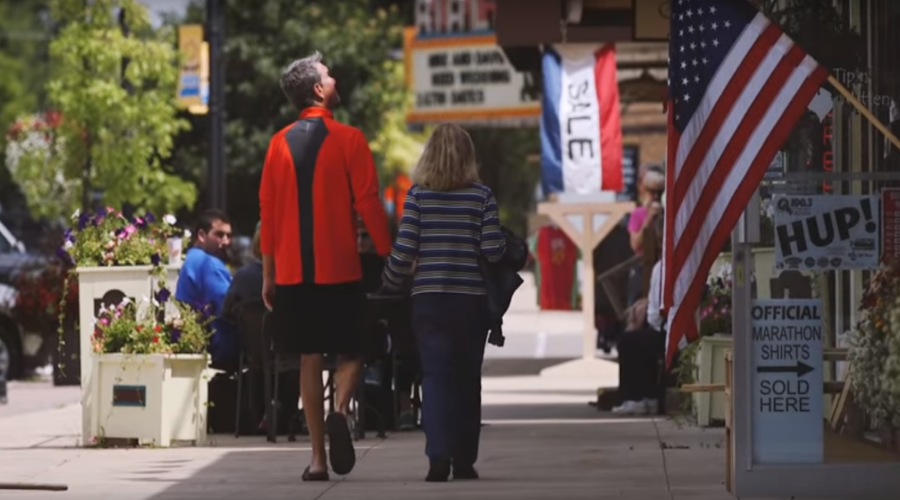 Just recently, the northern Lower Peninsula city of Grayling has seen a major economic boost and has become well-positioned for future growth, thanks in large part to support from MEDC and the Michigan Strategic Fund.

The opening of a new $450 million particleboard facility by Arauco North America is firmly at the center of Grayling's success. Announced in 2015, the new manufacturing facility was expected to generate at least $325 million in private investment and create 250 jobs by the end of 2018. Arauco, a Chile-based global leader in the development and production of sustainable forest products, obtains all wood fiber supplies from sustainably-managed forests or post-industrial sources, and does not use wood from native forests.

Now operational, the facility employs about 250 people, with more than 90 percent of those being Michigan residents. When it opened, Arauco became the county's second-largest employer, and now, two years later, Arauco has exceeded its original investment and job creation goals. Vital to making the project a reality was MSF's approval of a $11.8-million 13-year Forest Products Processing Renaissance Zone in support of the project.

“The presence of Arauco provided a critical economic catalyst for the Grayling region in terms of investment, job growth and energizing community revitalization efforts,” said Jeff Mason, CEO of MEDC. “This holistic approach to economic development is critical to building thriving communities across Michigan. Grayling serves as a terrific case study in how strategic support can provide a strong foundation for continued growth and development at the local level.”

The new plant has impacted the community in other ways, too. When the project was announced, Kirtland Community College decided to expand its campus near Grayling where it is establishing a new Michigan Forest Products Institute. The college will be a partner in workforce training with Arauco and has also committed up to $1 million in training services to the company. Classes at the new building will begin this fall.

As a Project Rising Tide community, Grayling has been working to become better positioned for redevelopment opportunities. As a part of an economic development strategy created in the program, city residents identified the Au Sable River to be a major economic driver in the downtown and surrounding region. A primary barrier for better utilizing this asset was public access to the river itself. Community Development Block Grant (CDBG) funds, awarded to Grayling last October, were used to address this barrier. With MSF support, the new public river access site and canoe launch further expand the recreational tourism draw for paddlers, fishermen and the general public.

For establishing a solid foundation to attract private investment and further build on municipality assets, the city of Grayling became Redevelopment Ready Community (RRC) certified in 2018. Grayling is one of 33 communities in the state that has achieved the certification, which provides a compelling sign that a community has removed development barriers and streamlined processes to be more competitive. RRC assists communities in adopting more efficient development processes to attract investors and encourages entrepreneurship.

“RRC has done more for Grayling than just streamline our processes. It has helped us to understand the headache’s a new developer or business owner would feel when there is not a plan or organized steps to follow,” said Grayling City Manager Doug Baum at the time the designation was announced. “We are supposed to help Grayling thrive and having an unfriendly ordinance and processes that deter potential new jobs is not the way. RRC makes you look at all aspects of city planning and question if they are truly working or are a barrier.”

Grayling also takes part in the Michigan Main Street program (MMS). The program assists communities interested in revitalizing and preserving their traditional commercial districts. Since its inception in 2003, the Michigan Main Street Program has been a catalyst for job growth, private investment and community engagement. From 2003 through 2017, 1,183 new businesses opened, and 1,196 façades have been improved. There are currently 29 communities participating in the Michigan Main Street at engaged, select and master levels. Each level provides services based on a community’s commitment, from one to five years in the program. Grayling benefits from a five-year commitment to the program.

It is not by accident that Grayling is experiencing such a development boom. While having a major employer establish operations there certainly helps to play a large role in the community’s success, it is the city's willingness to adapt and take advantage of the state's economic services that place Grayling in an optimal position to attract future investments.

“Our mission at MEDC is to empower communities so they can proactively shape their future; a future built on a solid foundation of retaining and attracting business investment and talent,” said MEDC Senior Vice President of Community Development Katharine Czarnecki. “Grayling's dedication to continuous improvement and community-focused development will yield desired results for years to come. We are pleased to provide resources to communities willing to invest in themselves to prepare for the future.”