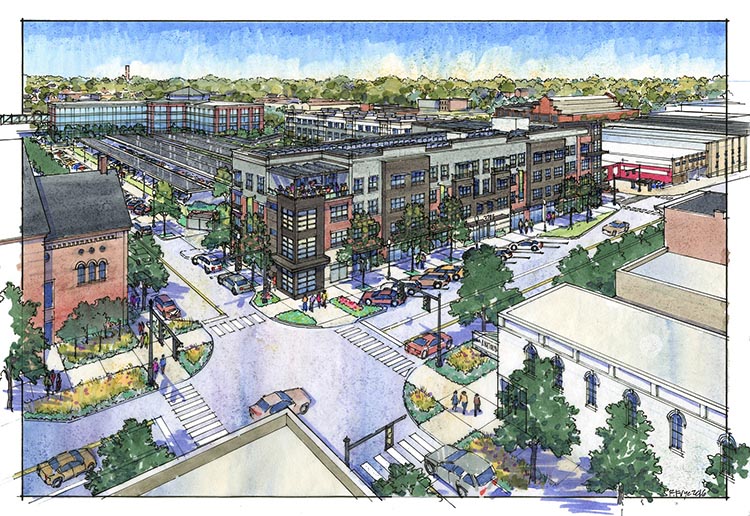 “These projects will lead to new business growth, revitalized communities and more and better jobs for our residents. The continued support for entrepreneurial services further demonstrates Michigan’s commitment to high-tech startups in the state’s entrepreneurial landscape,” said Jeff Mason, CEO of MEDC, the state’s chief marketing and business attraction arm that administers programs and performs due diligence on behalf of the MSF.

RPM Freight Systems, LLC, founded in 2012 and headquartered in Royal Oak, is one of the fastest growing non-asset-based logistics companies in North America, coming off a banner year exceeding top line revenue of $172,000,000+.  RPM provides transportation services associated with Freight, Finished Vehicle, and Bulk commodities across North America. RPM expects to continue seeing rapid growth by reinvesting in its employee network, and expand its current office in the city of Royal Oak. RPM is dedicated to hiring the best people possible to provide best in class transportation solutions to their expanding customer base. The project is expected to generate a total private investment of $4.9 million and create 500 new jobs, resulting in a $3.75 million Michigan Business Development Program performance-based grant. Michigan was chosen over a competing site in Tennessee. The City of Royal Oak will be reserving parking spaces for RPM to purchase. Individuals interested in a career with RPM should visit https://www.loadrpm.com/work.

Inteva Products, LLC is a global automotive supplier focused on enhancing vehicle safety, quality and performance headquartered in Troy. US Roof, LLC, a subsidiary of Inteva, was founded in 2018 to run Inteva’s Roof Systems business, meeting automakers’ needs for modernized roofing technologies from award-winning panoramic sunroofs to innovative sliding technologies. US Roof needs to increase its capacity to meet the needs of Michigan automakers, and is looking to lease a new facility in Oakland or Wayne county that will encompass an office, tech center, production and warehousing. The project is expected to generate a total capital investment of $13.8 million and create 334 jobs, resulting in a $3.34 million Michigan Business Development Program performance-based grant.

“Inteva Products is pleased to bring additional jobs and technology to Michigan to support the business growth we’ve experienced with global automakers. This will be Inteva’s third site in Michigan, in addition to our World Headquarters in Troy and our manufacturing facility in Adrian,” said Inteva Global Director of Government Relations, Marketing and Communications Karen Manardo. “We’ve also made capital investments in those sites in recent years in order to support growth and are appreciative of the support we’ve received on an ongoing basis throughout Michigan.”

Michigan was chosen over a competing site in Ohio. Individuals interested in careers at Inteva should visit https://www.intevaproducts.com/careers.htm.

“I am excited at the prospect that U.S. Roof will locate its new headquarters and manufacturing operation in Michigan,” said Wayne County Executive Warren C. Evans. “The type of innovation that has made their products the industry leader is yet another indication that Michigan remains a key location where innovation and state-of-the-art manufacturing thrives.”

“Oakland County is pleased to assist U.S. Roof with its expansion. We welcome quality firms and jobs into our county and the Metro Detroit region,” said Oakland County Executive L. Brooks Patterson. “With multiple Michigan locations under consideration, along with an out-of-state site, this is one example where the state and our region worked together to keep jobs and investment in Michigan.”

“As a region, we really do play together in the sand box for jobs and investment,” said Oakland County Senior Business Development Representative Mark Adams.

Kzoo Hotel Partners, LLC plans to redevelop the historic Rose Street Market building and adjacent parking lot into hotel and commercial space in downtown Kalamazoo. The project will include the renovation of the six-story building and the construction of two new buildings that when completed, will consist of a 113-room national flag boutique hotel, a 107-room extended stay facility, and approximately 15,000 square feet of office and commercial space. 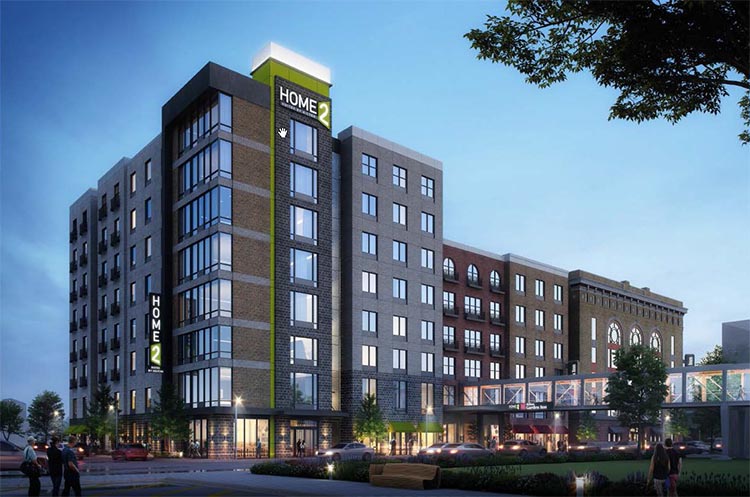 The project is expected to generate a total capital investment of more than $44 million, create 75 jobs, and add vibrancy and density to downtown Kalamazoo. MSF today approved a $7.45 million Michigan Community Revitalization Program performance-based loan participation in support of the project. The City of Kalamazoo Brownfield Redevelopment Authority also received MSF approval of $3,413,041 in local and school tax capture for the alleviation of brownfield conditions at the site.

Jackson Downtown Partners, LLC plans to redevelop a vacant, former industrial site in the heart of downtown Jackson into a mixed-use building. The project will include new construction of a four-story, mixed-use building known as “The 200.” When completed, the project will consist of 86 market-rate residential apartments on the upper three stories and a portion of the first floor, and commercial rental space on the first floor. The project is located in the downtown Jackson Smart Energy District and is designed and will be built using strategies aimed at improving performance in energy savings, water efficiency, carbon dioxide emissions reduction and more. The project is expected to generate a total capital investment of $13.5 million and create nine full-time equivalent jobs, resulting in a $3 million MCRP performance-based loan participation.

MSF also approved $757,679 in local and school tax capture for the City of Jackson Brownfield Redevelopment Authority to alleviate brownfield conditions at the site.

The City of Grand Rapids Brownfield Redevelopment Authority received MSF approval of $2,021,784 in local and school tax capture to support the Michigan Meadows project in the Michigan Oaks neighborhood near downtown Grand Rapids. The project will demolish a vacant building and maintenance garage to construct 23 two-and four-bedroom townhome buildings. When completed, the project will consist of 88 units of residential housing, as well as a new public road, streetscaping, private drives, and extensive sitework, while maintaining more than 10 acres of natural features and greenspace. The project is expected to generate a total capital investment of $19.1 million and will serve to increase density and bring new residents to a currently vacant site. The tax capture will be used to alleviate brownfield conditions at the property.

In addition, the Michigan Strategic Fund approved three projects that are aimed at supporting Michigan’s high-tech startups around Michigan:

MSF also approved a grant amendment for UM Economic Growth Institute to continue to administer the Entrepreneurial Service Provider First Customer Program. Since 2012, the MSF board has funded the statewide program that assists startups and small companies diversifying into new industries to identify potential first customers. In October 2015, MSF approved funding of $1 million to the institute for three years with the option to extend the term for an additional two one-year terms. Today’s amendment extends the grant for an additional year and with an increase of $335,000.