In economic development parlance, the May 12 public opening of the QLine in downtown Detroit is a compelling case of connecting the dots. 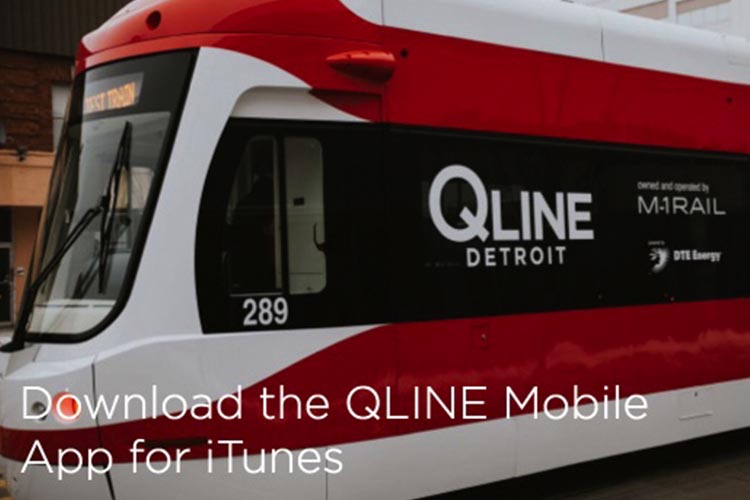 Along Woodward Avenue from New Center through Midtown to the bustling entertainment and financial districts, the streetcar-on-rails will deliver (over 12 strategically located stops) the most vital of all ingredients to the resurgence of the state’s largest urban center – people. And, there’s no mistaking people are coming to the city as tourists, visitors and residents at a rate not seen since the 1950s.

“The QLine allows for efficient and affordable transportation at a historic time when new businesses, residential buildings and entertainment options are unfolding continually in Detroit,” said Steve Arwood, CEO, Michigan Economic Development Corporation, the state’s chief marketing arm that administers programs and conducts due diligence on behalf of the Michigan Strategic Fund.

The QLine (also referred to as the M-1 Line) received a $9 million Michigan Business Development program performance-based loan from the MSF, which promotes economic development and creates jobs throughout the state.

“The collaboration among various governmental units, foundations along with the private sector has translated into a 21st-century Detroit with a rising international profile as a place to invest, and where Michigan’s entrepreneurial spirit is on display to the world,” said Arwood.

Amid the grand-opening fanfare of the QLine’s 6.6-mile loop, visitors will discover the latest of a long line of symbols of Detroit’s economic revival, marked by an influx of private capital, public incentives, and residential and mixed-use developments along with historical renovations, many supported with grants and loans from the MSF.

Since the city emerged from bankruptcy in late 2014, more than two dozen projects have received some form of state support in and around Woodward Avenue. Among the high-profile projects is MSF’s authorization of $450 million issuance of private activity bonds to finance construction of the entertainment district (including Little Caesar’s Arena).

Other significant developments include:

For more information on the QLine in Detroit, please visit https://m-1rail.com