Michigan Economic Development Corporation’s International Trade Program has received the president’s “E” Award. Presented May 22 in Washington, D.C., the award is the highest recognition any U.S. entity can receive for making a significant contribution to the expansion of U.S. exports. 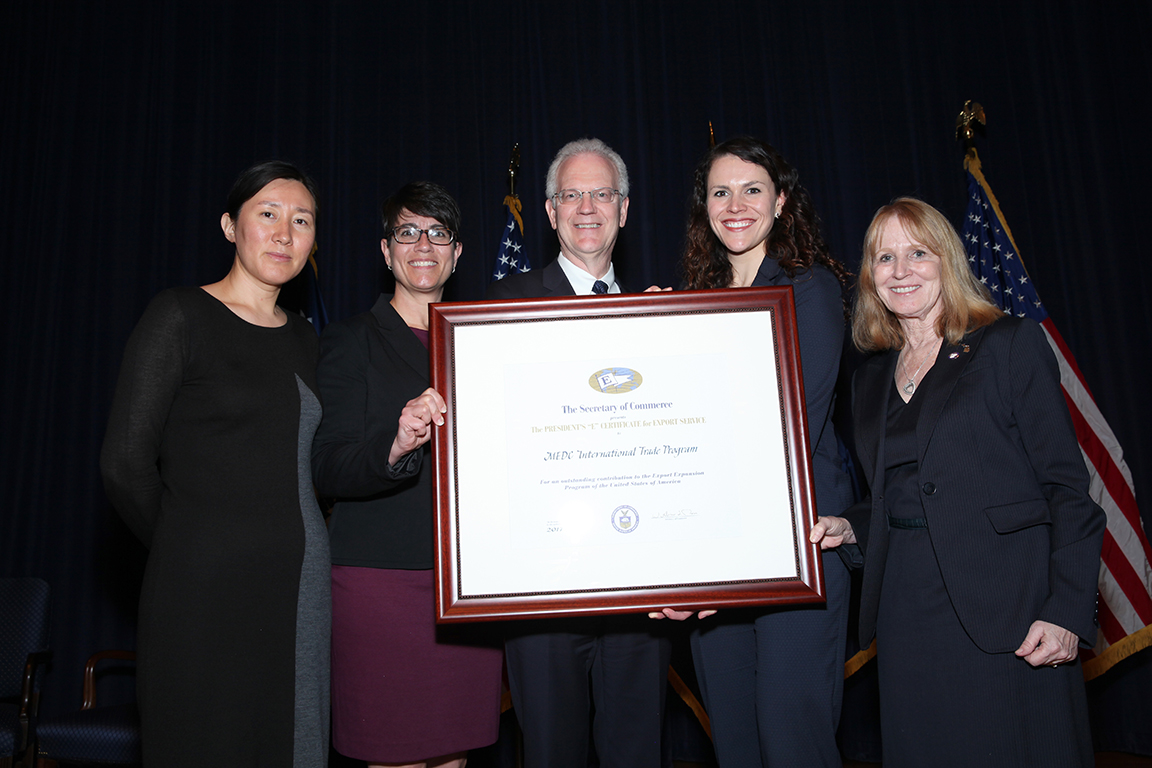 “MEDC has demonstrated a sustained commitment to export expansion,” stated U.S. Secretary of Commerce Wilbur Ross in a congratulatory letter to MEDC.

In fiscal year 2016, the program facilitated $523.9 million in sales to 121 countries, 53 percent over the actual sales from the previous year. Since it was re-established in 2011, the program has facilitated $1.5 billion in export sales. This equates to nearly 7,298 Michigan jobs created as a result of those sales (MEDC considers $210,000 equals one job). 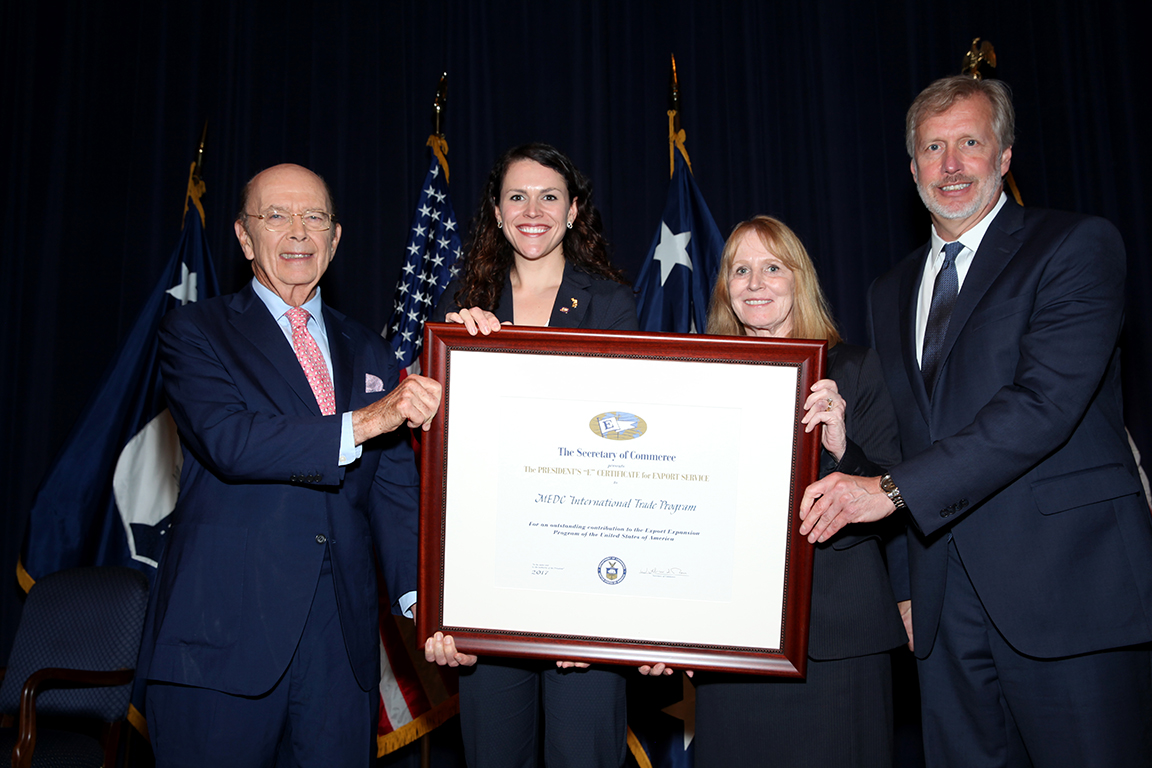 In total, 32 U.S. companies and organizations from across the country were honored today with the president’s “E” Award for their role in strengthening the U.S. economy by sharing American products outside of U.S. borders.

U.S. companies are nominated for the “E” Awards through the U.S. Commercial Service, part of the Department’s International Trade Administration. With offices across the United States and in embassies and consulates around the world, International Trade Administration lends expertise of the exporting process by promoting exports and investment into the United States, administering anti-dumping and countervailing Duties orders, and removing trade barriers.

U.S. exports totaled $2.21 trillion in 2016, which accounted for nearly 12 percent of U.S. gross domestic product. Exports supported an estimated 11.5 million jobs nationwide in 2015, according to the most recent statistics from the International Trade Administration.

About the “E” Awards: In 1961, President Kennedy signed an executive order reviving the World War II “E” symbol of excellence to honor and provide recognition to America's exporters. Criteria for the award is based on four years of successive export growth and case studies which demonstrate valuable support to exporters resulting in increased exports for the company’s clients.

For more information about the “E” Awards and the benefits of exporting, visit www.export.gov.