Michigan is the second-most diverse agricultural region in the U.S.

For anyone who has traveled past the farmlands of mid-Michigan, rolling hills of the west side of the mitten and picturesque vineyards of Old Mission peninsula, it’s not surprising to learn the state is the second-most diverse agricultural region in the U.S. 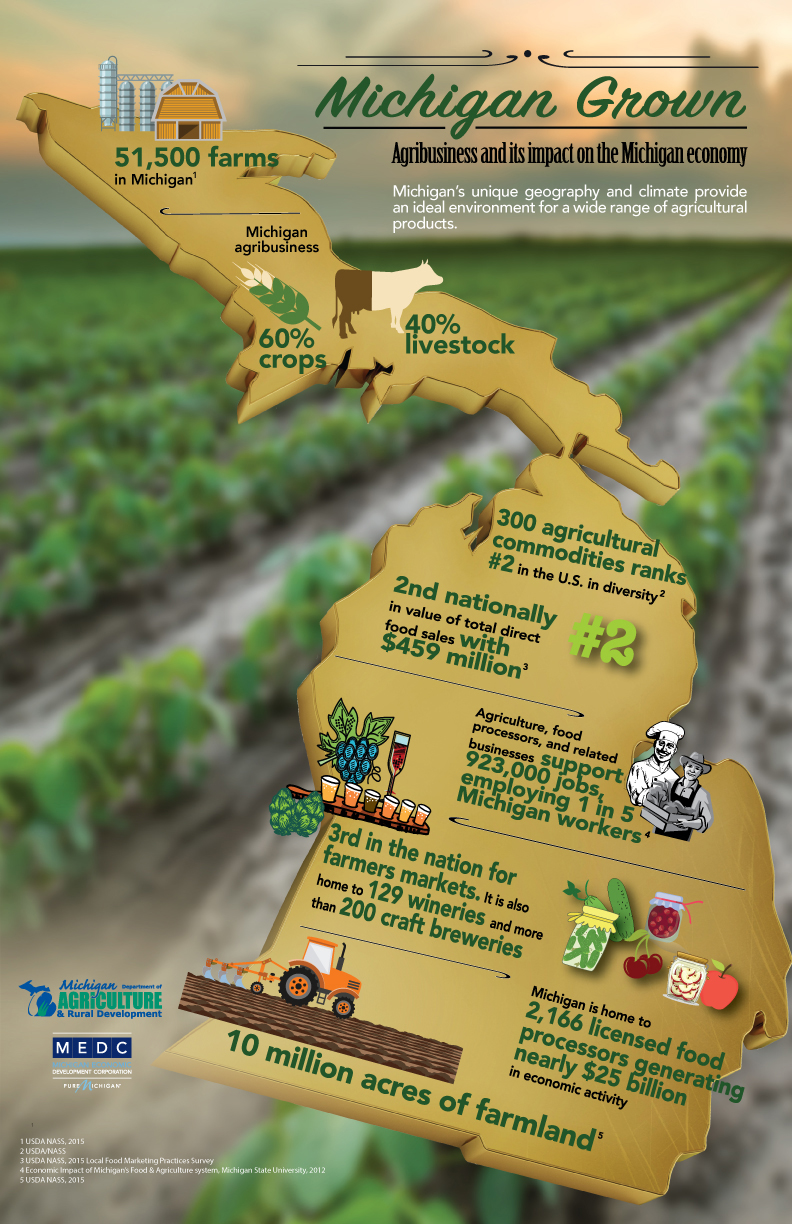 Diversity and productivity are at the heart of Michigan’s thriving agribusiness.

Both compelling features are celebrated in March, which honors the Michigan’s great agriculture heritage and promising future.

In total, approximately 51,500 farms throughout the state generate more than $100 billion in economic business with Michigan leading the nation in the production of blueberries, cucumbers, squash, tart cherries, four varieties of dry beans, and 12 assortments of flowers.

The annual PMBC Ag Summit, held in early March, is one of the ways the state of Michigan fosters connections among agribusiness, from the orchards of the Grand Traverse region to the soybean fields of mid-Michigan and the livestock farms in the southwestern part of the state.

The partnership between Pure Michigan Business Connect and the Michigan Department of Agriculture and Rural Development (MDARD) combines resources and expertise to bring together the many businesses and suppliers in Michigan’s thriving agribusiness community.

Since 2014, nearly 850 agribusinesses have participated, including 250 businesses at this year’s meeting March 9 in Novi. The annual summit has yielded impressive results, including:

In addition, these summits have attracted a diverse range of businesses, including (113) women-owned, (59) minority-owned, (18) veteran-owned, and (2) tribal owned.

Making connections at these summits can make a world of difference. Here are a few success stories from the summit:

Here is a sample of the investments and projects that have boosted agribusinesses in the state: