At its final meeting of 2016, the Michigan Strategic Fund board focused on continued economic progress into the new year by approving a range of projects including a new Amazon warehouse in Livonia, downtown Dearborn development, Lipari Foods facility in Warren, Stryker expansion, community revitalization projects, support for four Flint grocery stores, and more.

The projects approved today are expected to generate a total capital investment of nearly $450 million and create 1,893 jobs.

“Today’s projects, including major investment announcements in southeast Michigan and community revitalization projects around the state, demonstrate that our state’s economy continues to expand and diversify,” Gov. Rick Snyder. "The commitment and innovation of these companies, combined with the high quality of Michigan’s talent, will keep our state moving forward. I applaud this tremendous investment in Michigan’s future.”

The following is a breakdown of the MSF board’s approvals:

Ford Land Development Corp., a wholly owned subsidiary of Ford Motor Company, plans to redevelop 12 parcels of property encompassing three blocks in the city of Dearborn’s west downtown. Working in partnership with the city of Dearborn, Ford Land will invest $60 million into a mixed-use redevelopment in two blocks of prime property on the city’s main street, including the plans to renovate the historic Wagner building, a 120-year-old former hotel at the corner of Michigan and Monroe. The completed project will include demolition of existing vacant structures while preserving the façade of the Wagner building. Two new buildings will be constructed at the site with Ford Motor Co. occupying offices on top floors and retail filling out the lower and street-side floors. When completed, the Wagner Place project is expected to create 50 retail jobs. In the long term, as many as 600 Ford employees could be at the west downtown site as a result of Ford Motor Co.’s plan to relocate and consolidate staff. MSF today approved a $3 million performance-based grant for the city of Dearborn that will provide key gap financing in the construction of a 373-space parking structure that will be owned and operated by the city at the downtown site. In addition, the City of Dearborn Brownfield Redevelopment Authority received MSF approval of $31,418,232 in local and school tax capture for the alleviation of brownfield conditions at the site. 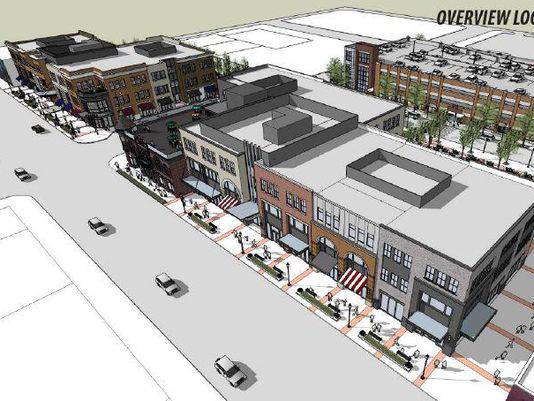 The City of Warren Brownfield Redevelopment Authority received MSF approval of $1,938,885 in local and school tax capture for the alleviation of brownfield conditions at the Lipari Foods Inc. expansion in Warren. Lipari, a wholesale food distributor that serves retailers and food service establishments throughout the Midwest, plans to construct a new warehouse and production facility near its existing facility in Warren to support its acquisition strategy over the next few years. The project will generate a total capital investment of $39.4 million, and will involve a large consolidation of work to be brought to Michigan which will generate 337 new jobs. The local and school tax capture will be used for lead and asbestos abatement, demolition activities, and preparation of the site for redevelopment. For information about careers with Lipari, visit https://liparifoods.com/careers. 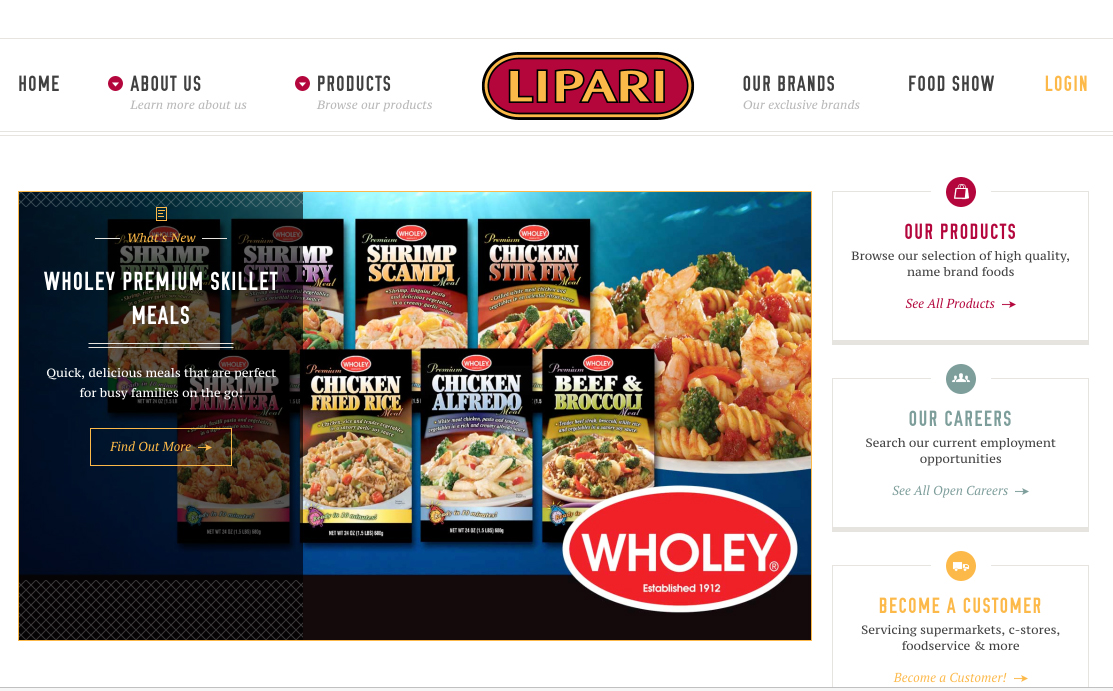 Stryker Corporation was incorporated in Michigan in 1941 and is a global leader in medical technology. The company’s products are sold in more than 100 countries and include joint replacement implants, surgical equipment and navigation systems, endoscopic and communications systems, as well as many other medical device products. Stryker’s medical instruments division is experiencing significant growth and the company needs an expanded facility to support a new corporate campus. The campus will feature a customer experience center, functioning showroom, R&D lab, bio-skills lab as well as space for sales, marketing and support functions. The company plans to establish a new 485,000-square-foot facility in the city of Portage, investing more than $130 million and creating 105 jobs. As a result, the project has been awarded a $1 million Michigan Business Development Program performance-based grant. Michigan was chosen over competing sites in a number of other states. The City of Portage has offered support to the project in the form of property tax abatement, and the Kalamazoo County Brownfield Redevelopment Authority is offering a brownfield redevelopment incentive. Individuals interested in careers with Stryker should visit http://careers.stryker.com. 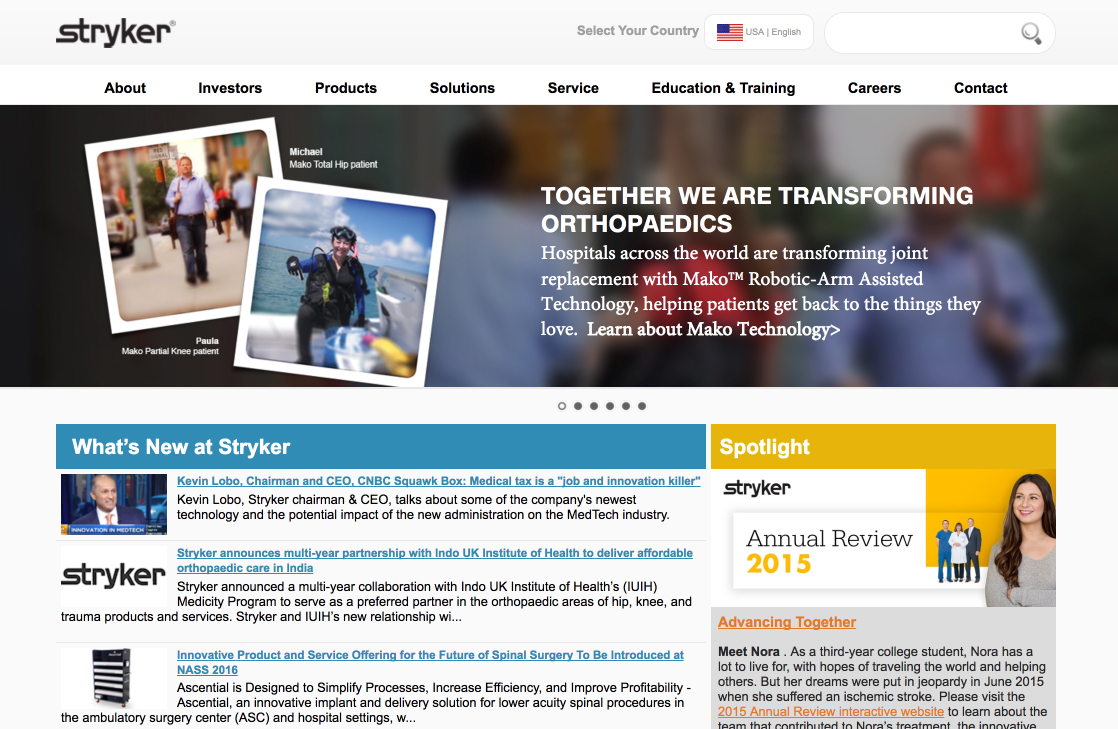 ant property on West Michigan Avenue in downtown Kalamazoo. The completed project will consist of a 15-story mixed-use building that will include market-rate residential units, parking and commercial space. The project, located within walking distance of shopping, restaurants, theaters and more, will bring much-needed housing and foot traffic to downtown Kalamazoo. The project will generate a total capital investment of nearly $52.7 million and create 83 full-time equivalent jobs, resulting in a $6.4 million Michigan Community Revitalization Program performance-based loan participation.

In addition, the City of Kalamazoo Brownfield Redevelopment Authority received MSF approval of local and school tax capture valued at $7,664,828 for alleviation of brownfield conditions at the site. The Downtown Development Authority is also contributing TIF in the amount of $1.3 million, and Downtown Kalamazoo Inc. is providing a grant of $150,000.

Queen Lillian LLC plans to redevelop vacant property on Woodward Avenue in Detroit into the Mondrian at Midtown, a newly constructed mixed-use building with commercial and residential space. Located on the new light rail public transit system (QLINE) and just north of the new Little Caesars arena, the completed project will also include a three-story parking deck and is expected to spur additional investment in the Woodward corridor. The project is expected to generate $30.9 million in total capital investment and create 53 full-time equivalent jobs, resulting in a $3.5 million Michigan Community Revitalization Program equity investment. In addition, the City of Detroit Brownfield Redevelopment Authority received MSF approval of $4,040,104 in local and school tax capture for alleviation of brownfield conditions at the site. The City of Detroit is providing $1.4 million in HOME funds in support of the project.

1001 Monroe LLC plans to redevelop property on Monroe Avenue NW in downtown Grand Rapids. The project will consist of a demolishing an existing vacant building and constructing a new five-story mixed-use building with restaurant space, residential units and integrated parking. The project is expected to generate total capital investment of $9.6 million and create 35 full-time equivalent jobs, and will increase density, bring vibrancy and a new restaurant to the neighborhood, and encourage additional investment in the area. The City of Grand Rapids Brownfield Redevelopment Authority today received MSF approval of $1,015,450 in local and school tax capture for the alleviation of brownfield conditions at the site, including demolition activities, site preparation and infrastructure improvements.

225 Ludington Limited Dividend Housing Association LLC plans to redevelop four parcels of property on West Loomis Street and West Ludington Avenue in downtown Ludington. The project will include relocating the city fire station and constructing two new four-story mixed-use buildings with commercial space and 60 units of affordable housing. The project is expected to generate $16 million in total capital investment and create 30 full-time equivalent jobs, and will bring much-needed affordable housing and density to the downtown. The Mason County Brownfield Redevelopment Authority today received MSF approval of $2,307,350 to relocate the downtown fire station as part of the total development package.

MSF also approved a performance-based grant of up to $550,000 in MSF-appropriated funds for capital improvements to up to four existing grocery stores on the north side of the city of Flint. The initiative is the result of a professional market study that identified high-priority and secondary improvements to help heighten residents’ access to quality food, while also improving operations, profitability and community connection for each store. The initiative will be undertaken and administered by the Flint & Genesee Chamber of Commerce, which will provide proof of matching funds of up to $550,000.

Several state branding projects were also approved during the meeting. Travel Michigan recommended executing extensions on partnerships with the Detroit Tigers and Michigan International Speedway on efforts to reach audiences and attract new visitors to the state. MSF today approved the partnership with the Tigers at $325,000 and the sponsorship of the Pure Michigan 400 at MIS at $725,000.

The www.michigan.org website, with more than eight million visitors a year, and the official state travel guide inspire travelers and offer key ideas and information on planning a visit to Michigan. Today, MSF approved funding for the extension of the contract with Miles Media, for website services pertaining to www.michigan.org maintenance and hosting, at $141,200 as well as extension of the contract with Meredith Corporation to publish and distribute the three seasonal official state travel guides at $752,300.

Continuing international marketing efforts, MSF approved Travel Michigan’s request to enter into an agreement with Brand USA for the purpose of establishing an international co-branding campaign in Canada as well as the U.K., Germany and China, in the amount of $1,092,000 for the year.

MSF also approved funding of $2 million for two years for the First Capital Fund to be administered by Invest Detroit. In September, MSF approved an RFP for the fund, which is intended to increase the amount of early stage capital being invested in Michigan technology-based companies in the earliest phases of commercialization; create a capital climate that supports the attraction and retention of venture-backed tech companies in Michigan; and builds a pipeline of subsequent stages of funding. Four RFPs were received and Invest Detroit was chosen by the Joint Evaluating Committee.

“Today’s MSF actions offer further evidence of our commitment to help companies grow and generate new job opportunities for Michiganders,” said MEDC Chief Executive Officer Steve Arwood. “It is through the effort of public/private partnerships that today’s projects are taking place, and we’re pleased to support those collaborations.”

Pure Michigan is a brand representing business, talent and tourism initiatives across Michigan. These efforts are driven by the Michigan Economic Development Corporation, which serves as the state’s marketing arm and lead advocate for business growth, jobs and opportunity with a focus on helping grow Michigan’s economy.