Flex-N-Gate to build $95M facility to supply Ford vehicles, create up to 750 jobs

An expansive and strategically located parcel of vacant land on Detroit’s eastside – primed and promoted as among the centerpieces of the state’s automotive industry resurgence – will gain a major new tenant in the ongoing campaign to attract manufacturing jobs to the city, Gov. Rick Snyder and Mayor Mike Duggan announced today. 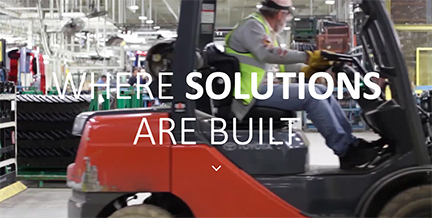 Flex-N-Gate owner Shahid Khan said his company will invest $95 million in construction and capital costs for a facility that will supply parts to Ford Motor Company. Potential additional investment in the project could push the project to at least $100 million. Khan said the project will create at least 400 and up to 650 new jobs in Detroit over the next three years; at full capacity, up to 750 total jobs could be added.

Flex-N-Gate has committed to meeting Detroit-based hiring and contracting thresholds outlined in Executive Orders 4 and 5 (2014) and to work with the city’s Human Rights Department and Detroit Employment Solutions Corp. to develop a comprehensive hiring plan to help ensure jobs for Detroiters.

On Tuesday, the project received two critical approvals. The Michigan Strategic Fund board approved a $3.5-million Business Development Program grant to incentivize the Urbana, Illinois-based auto supplier to expand its Michigan operations. Also on Tuesday, the Economic Development Corporation of the City of Detroit (EDC) approved the sale of 30 acres in the industrial park to Flex-N-Gate. The sale is the initial step in building the automotive parts manufacturing plant on the site.

“We’re proud that Flex-N-Gate is investing in Detroit, and in the people of Detroit,” Snyder said. “Detroit’s resurgence is an important part of the Michigan comeback. Companies around the world recognize that our state is the global leader in automotive, and with good reason. We have a talented workforce that is passionate about keeping our state at the center of the industry for generations to come.”

Mayor Duggan said this investment was made possible because of a strong partnership between the state and city to attract the project. He also praised Flex-N-Gate for its commitment to local hiring. “Nothing is more important to our city than creating jobs for Detroiters,” said Mayor Duggan. “The fact that Flex-N-Gate has committed to such a strong local hiring and contracting plan shows the company’s deep level of commitment to being a partner with the community.”

“Our news today from Detroit is further evidence that the United States auto industry is strong, promising and experiencing exceptional growth,” said Shahid Khan. “Building a new plant from the ground up within the Detroit city limits will be a milestone moment for Flex-N-Gate, made possible thanks to our partnership and collaboration with Ford, the city of Detroit and the state of Michigan.

“We couldn’t do this alone,” said Khan. “Their collective support and vision to convert a neglected urban area into a manufacturing center that will create hundreds of new, sustainable and well-paying jobs here in Detroit has been nothing short of spectacular. We are grateful and looking forward to seeing this project become a reality.”

“We are proud to work with Flex-N-Gate, the city of Detroit and the state of Michigan to bring good paying jobs to the city. We value our relationships with suppliers, and appreciate the commitment Flex-N-Gate has made to Ford Motor Company and the local area,” said Hau Thai-Tang, Ford group vice president, global purchasing.

The 189-acre I-94 Industrial Park is under control of EDC. Since 2000, EDC has overseen the property acquisition, clean up and development of the land. The park’s first major new tenant, LINC Logistics, opened a new $30-million, $500,000-square-foot facility immediately adjacent to the Flex-N-Gate site earlier this year.

This new multi-layered investment provides a major boost to the I-94 Industrial Park and is the culmination of a collaborative effort among the city of Detroit, Detroit Economic Growth Corporation and the Michigan Economic Development Corporation (MEDC), which administers incentives and programs on behalf of the Michigan Strategic Fund. MEDC also serves as the state’s chief business attraction and marketing agency along with directing the Pure Michigan campaign.

“The expansion of Flex-N-Gate’s presence in Michigan demonstrates the broad range of productive possibilities for private investors and job creators when local and state economic development teams work with the one of the state’s bedrock automotive companies and a privately owned auto supplier,” said MEDC CEO Steve Arwood, who noted Flex-N-Gate is among 81 of the top global auto suppliers that have North American headquarters or tech centers in the state.

“Michigan’s automotive industry is driving the standards of manufacturing, research and in preparing for the challenges of the exciting path leading to the future of transportation in the 21st century,” he said.

From 2009 through the second quarter of 2015, automakers and auto suppliers have made $16 billion investments into Michigan, accounting for about 20 percent of auto-industry investment in North America. Since 2009 through the end of last year, 175,000 manufacturing jobs have been created in Michigan, according to the Center for Automotive Research.

Designation of a Renaissance Zone for Flex-N-Gate is expected to be addressed at the August meeting of the Michigan Strategic Fund board.

"I'm excited to have this project and these jobs come to the East Side of Detroit and I'm looking forward to working with Flex-N-Gate and the community to make sure this project is successful," said Detroit City Councilmember Scott Benson, who represents Council District 3, where the new facility will be located.