Casting seeds for a thriving enterprise

“Michigan’s food and agricultural businesses have always been a major part of our economy and they are continuing to play a large role in the state’s comeback,” said Gov. Rick Snyder. “There is a tremendous opportunity for these companies to take a national leadership role in research and development, food processing, and exports from Michigan.” 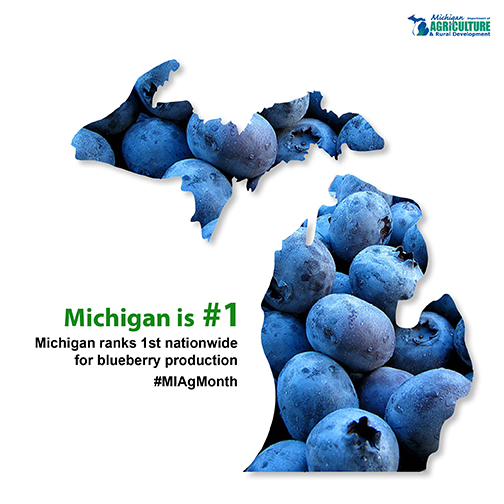 From the picturesque wineries amid the rolling landscape of northwest Lower Peninsula to the expansive farms of mid-Michigan to the flat terrain of the Thumb and slopes of state’s southern border, Michigan’s agribusiness evokes a compelling portrait of the ongoing progress of one of the Great Lake state’s largest and most profitable industries.

In total, approximately 52,000 farms throughout the state generate more than $100 billion in economic business with Michigan leading the nation in the production of blueberries, cucumbers, squash, tart cherries, four varieties of dry beans, and 12 assortments of flowers.

In March, the state celebrates a thriving food and agriculture business with a range of events and public awareness campaigns around the fertile land of the Mitten, which boasts the second most agriculturally diverse state with more than 300 commodities.

“Michigan’s food and agricultural businesses have always been a major part of our economy and they are continuing to play a large role in the state’s comeback,” said Gov. Rick Snyder. “There is a tremendous opportunity for these companies to take a national leadership role in research and development, food processing, and exports from Michigan.”

The state’s natural resources are critical to the success of the agribusiness industry. Indeed, the diversity of the food grown in Michigan, access to water, and the range of microclimates make the state a unique environment for all facets of the food and agriculture chain.”

“Not only is March a great time to thank our farmers, it’s also a time to look at the abundant business and career opportunities,” said Jamie Clover Adams, director of Michigan Department of Agriculture and Rural Development. “From skilled trades to technology-based careers to having your own food-based company, the possibilities are limitless.” 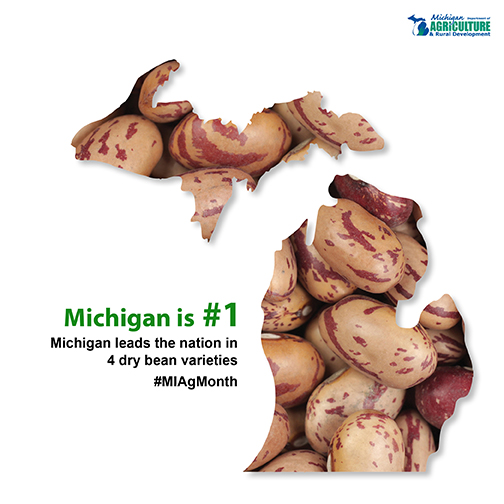 The Michigan Economic Development Corporation has served as a catalyst for the state’s agribusiness community. MEDC was among the economic development team that attracted Clemens Food Group to Coldwater, where the pork-processing plant will stimulate a $255.7 million private investment and create a projected 810 jobs. And, last fall, as a result of economic incentives, Arauco announced a $325 investment and the expected hiring of 250 employees at its new particle-board plant in Grayling.

So diverse and layered is the state’s agribusiness that it is interwoven in the Michigan’s identity and culture. A visit to one of the state’s many microbreweries is a prime example of entrepreneurship meeting natural resources.

From Detroit’s Eastern Market to Flint’s new Farmer’s Market to Port Austin’s congregation of farmers from the Thumb, Michiganders gather in the state’s many public outdoor venues to support the fresh products and commodities. (Michigan is fourth in the nation for number of farmer’s markets.)

Dramatic improvements in agricultural technology has led to a scientific analysis and better use of soil and crops. In Michigan, technological advances and improved efficiency in machinery has elevated the state’s contribution to U.S. agricultural output, which represents about half of the world’s corn, 10 percent of global wheat production and 20 percent of the world’s beef, pork and lamb supply. 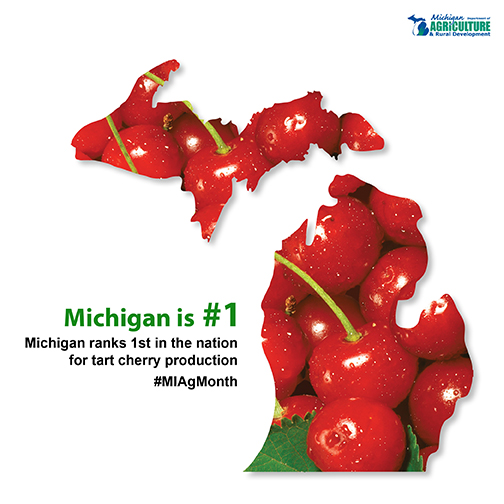 Here is a sample of the investments and projects that have boosted agribusinesses in the state: 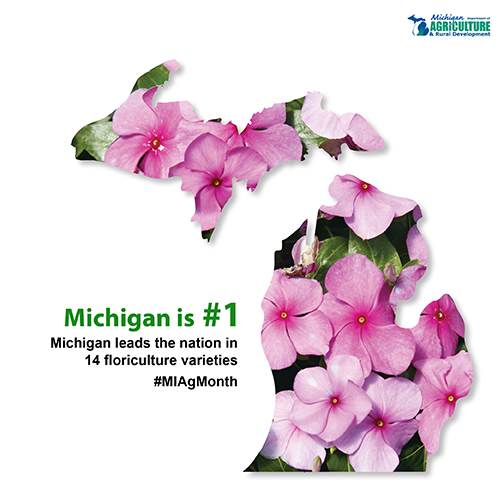 ➢ 300 Commodities: No. 1 in the nation in production of blueberries, cucumbers, squash, tart cherries, four varieties of dry beans, and 12 varieties of flowers.

➢ Michigan Sugar Company, the only sugar processor in the state, processes sugar for Pioneer, Big Chief, and more than 20 other private labels.

➢ Michigan ranks first in the nation for tart cherry production, and 4th for sweet cherries.

➢ Michigan is the nation’sleading producer of potatoes in potato chip processing. Better Made Chips, which just turned 85, are a favorite Michigan brand. We like taking a bag of chips with us on the boat, or in the camper in the summer.

➢ Michigan has over 100 commercial wineries, and ranks first in the nation for production of Niagara grapes and eighth for wine grape production.

➢ Michigan egg farmers supply all the eggs to McDonald’s restaurants east of the Mississippi River.

➢ Michigan is No. 1 for production of blueberries.

➢ Michigan is fourth in the nation for farmer’s markets, supplying fresh farmer products to Michiganders every week.