At final meeting of the year, MSF board approves historic projects in Boyne City and Grand Rapids

At their final meeting of the year on Dec. 15, the Michigan Strategic Fund board focused on continued economic progress in 2016. The board approved a range of projects, including an amended MEGA agreement with General Motors, several business expansions and community revitalization projects, support for entrepreneurship, and two Pure Michigan sponsorship agreements.

The MSF board made administrative changes aimed at improving efficiencies between the Michigan State Housing Development Authority and the Michigan Economic Development Corporation. Further, the MSF board passed unanimously a revised agreement related to the state’s defunct tax credit program with General Motors. That amended agreement includes GM’s plan for a $1 billion capital investment in the state by the end of 2029.

The following is a breakdown of the MSF board’s approvals:

“The range of projects and administrative changes approved today makes Michigan more competitive and positions the state to attract private investment and create more jobs,” said Gov. Rick Snyder. “The revision to the MEGA agreement with GM provides certainty and will help us better manage state budgets for years to come.” 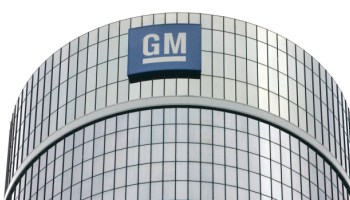 General Motors Global MEGA amendment: The Michigan Strategic Fund approved a revised Global MEGA agreement with General Motors that caps the state’s liability for previously authorized job retention tax credits and provides incentives for GM to make new capital investment in Michigan of $1 billion over the remaining term of the credit. GM will be required to repay a portion of previously issued tax credits if it does not achieve its new projected investment by Dec. 31, 2029. As part of the agreement, the company will provide periodic forecasts of its estimated tax credits to the state to assist the MSF and state of Michigan in budget planning. As of December 2014, GM has retained 32,890 full-time jobs under its MEGA agreement and satisfied its original investment commitment in the state of Michigan.

Invenergy Thermal Development LLC develops, owns and operates power generation and energy storage facilities in North America and Europe. The company has been working with Cliffs Natural Resources, a leading mining and natural resources company, to develop an on-site cogeneration facility in the city of Palmer (Marquette County) to power Cliffs’ mining operations. Invenergy plans to build the facility in time to replace the Marquette, Wis., Presque Isle power plant before it closes and is proceeding with initial development of the project. MSF today awarded a $500,000 performance-based grant in transferred funds to be used as funding assistance for the project. 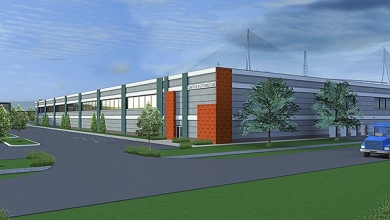 Sakthi Automotive Group USA Inc. campus expansion: Sakthi Automotive is a division of the Sakthi Group, one of the fastest growing business groups in south India. The company is a major supplier to automotive OEMs of safety critical automotive components including steering knuckles, control arms, brake drums, brake discs, hubs, brake calipers and carriers. MSF today approved a Designated Renaissance Zone for 15 years in the city of Detroit for the Sakthi Automotive campus expansion project. In April 2015, MSF approved the project for a $3.5 million Michigan Business Development Program performance-based grant. The project is expected to generate $31.8 million in private investment and create 350 jobs in the city of Detroit.

Boyne City has been awarded $1 million in Community Development Block Grant funds for the Dilworth Hotel Building rehabilitation project in downtown Boyne City. The historic building will be renovated and restored to its historic use as a hotel and restaurant, serving as a catalyst for the downtown and providing needed hotel accommodations. The project will generate a total capital investment of $9.8 million and create 30 jobs. The city of Boyne City is anticipated to make a contribution of $700,000 through the city’s Local Building Redevelopment Incentives program.

The two programs selected for continuation are:

Proposals must be submitted to the MSF electronically to contractsandgrants@michigan.org by Friday, Jan. 29, 2016 at 3 p.m. Proposals will not be accepted via U.S. mail or any other delivery method. Prospective bidders may submit questions regarding the RFP via email by Tuesday, December 29, 2015 at 3 p.m. to contractsandgrants@michigan.org. The MSF will not respond to questions that are not received by the above date and time. In addition, questions that are phoned, faxed or sent through regular mail will not be accepted. Responses to all qualifying questions will be posted on Tuesday, Jan. 5, 2016 by close of business on the MSF’s website, www.michiganbusiness.org/public-notices-rfps.

Detroit Tigers partnership: Since 2012, Pure Michigan has partnered with the Tigers with a focus on attracting new visitors to Michigan by brand integration within Comerica Park. More than 2.7 million fans attended a game at Comerica Park last year, with more than 27 million viewers. MSF today approved a three-year partnership with the Detroit Tigers at $325,000 per year.

Currently both MEDC and MSHDA operate community development programs, and while strides have been made for better alignment of funding sources, both agencies provide similar technical assistance and funding which creates confusion for customers. The realignment will eliminate the redundancy and errors that can occur when dealing with multiple agencies, allow for a more hands-on approach to broader community development issues, and eliminate redundancy of application and monitoring processes.

Pure Michigan is a brand representing business, talent and tourism initiatives across Michigan. These efforts are driven by the Michigan Economic Development Corporation, which serves as the state’s marketing arm and lead advocate for business growth, jobs and opportunity with a focus on helping grow Michigan’s economy.

Climate Stability and Policies Mitigate Risk for Businesses in Michiga...