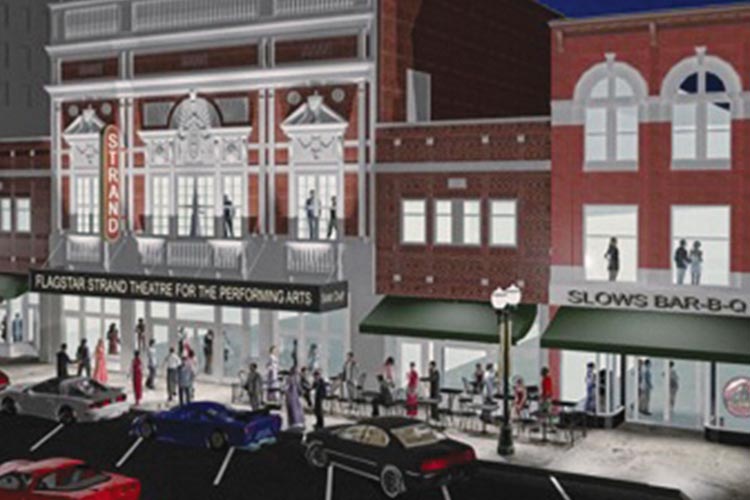 A two-decades-old shared public dream of reopening the historic Strand Theater is closer to becoming a reality, encouraging civic and cultural leaders that Oakland County soon could claim the long-sought entertainment attraction to draw people and business to downtown Pontiac.

A $4.5-million Michigan Community Revitalization Program (MCRP) award and a range of other public and private financing arrangements will provide funding to complete renovation of the 1920s-style Strand Theater, closed since the mid-1980s, and renamed two years ago the Strand Theatre for the Performing Arts. The performance based CRP loan was approved today by the Michigan Strategic Fund board, which authorizes allocation of funds for programs administered by the Michigan Economic Development Corporation.

“A vibrant cultural scene is an integral part of community development and an essential feature for a thriving downtown Pontiac,” said MEDC CEO Steve Arwood. “Creating an inspiring, entertaining public space is at the heart of fostering a sense of place, and bringing people and businesses together.”

Renovation of the four-parcel space in downtown Pontiac includes an 800-plus-seat theater and performing arts center, restaurant, food service facility and capacity to serve as an educational and community venue. The project is expected to attract new capital investment of $12 million and create 90 permanent full-time jobs at an average hourly rate of $18.

Strand Theatre for Performing Arts’ website lists a proposed schedule of performances by professional and amateur acts, while serving as a community resource for local arts groups. With 150,000 visitors expected annually, the renovation is considered a major reason investors have bought properties in the downtown area.

In addition to the $4.5 million MCRP loan, current Strand Theater owners are in the process of securing a $1.5 million senior financing from Illinois Facilities Fund, $3.5 million historic tax credit, and negotiating naming rights contract worth $720,000. In addition, the property owners have invested $600,000 of private equity.