Redi-Rock International moves from zero export sales to global market leader thanks in large part to the support of MEDC’s International Trade Program. 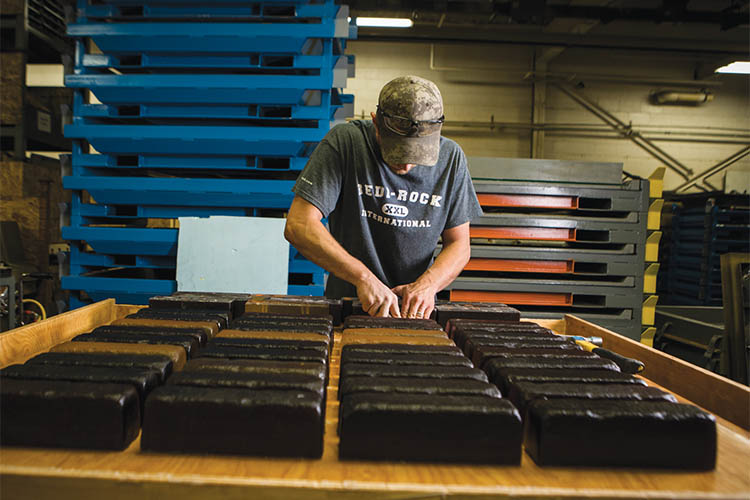 Redi-Rock International recognized that its biggest business opportunity was to export to international markets, so it contacted MEDC’s International Trade Program for assistance.

Charlevoix, Michigan-based Redi-Rock International manufactures 1-ton, interconnecting cement blocks used to build retaining walls, yet the blocks were too heavy to be cost-effectively transported overseas. The company developed equipment that would enable others to manufacture the blocks instead.

“The MEDC paved a quicker pathway for us than we could have done on our own,” said Kevin Loe, Redi-Rock sales director. “Working with MEDC over the last four years, we now have about 120 manufacturers in 16 countries on five continents.”

Having engaged with nearly every service MEDC’s International Trade Program offers, Redi-Rock has launched its business from zero export sales to global market leader. As a result of MEDC support, Redi-Rock has grown export revenue to more than $3.5 million in exports to Austria, France, Italy, Belgium, United Kingdom, Ireland, Germany and Estonia.

Even a pandemic hasn’t stopped Redi-Rock from continuing to grow its international business. Over the last few months while the world was reeling from COVID-19, Redi-Rock was networking with manufacturers in Australia and Peru thanks to leads they received from MEDC’s trade centers in those countries. It’s not unusual for the sales process to take between six and 12 months, but with virtual meeting technology, Andrew Nickodemus, Redi-Rock’s global account manager, experienced success in just a couple of months.

“Typically, I would have traveled to these countries and visited with these companies personally, but due to the pandemic, I had to be innovative to keep sales coming in,” said Nickodemus. “Businesses have more time these days to have conversations and make deals, whereas in the past they may have been super busy, so, Zoom meetings turned out to be the best option.”

As a result, Redi-Rock signed a six-figure order with an Australian company and is working on securing three companies in Peru. To add to their success, Redi-Rock was recently named 2020 Michigan Exporter of the Year by the U.S. Small Business Association and received the President’s “E” Award for Exporting.

For more information about how the MEDC can provide your business with opportunities to grow internationally, visit https://www.michiganbusiness.org/services/international-trade/.