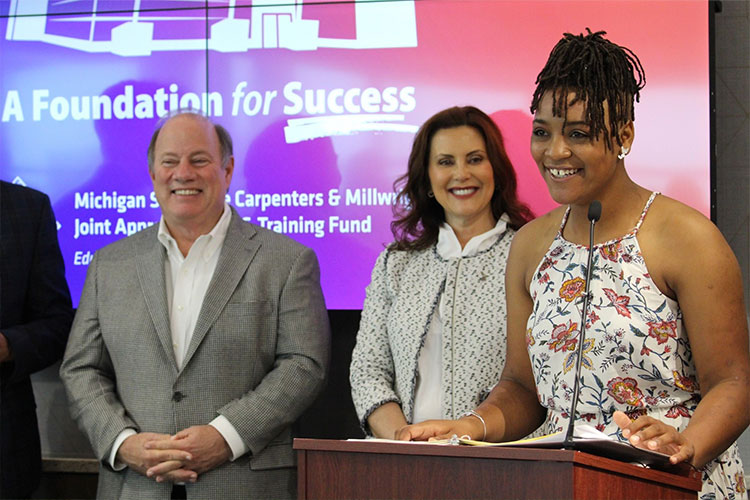 The Michigan Regional Council of Carpenters and Millwrights (MRCC), part of the United Brotherhood of Carpenters, is the skilled trade union representing more than 14,000 carpenters, floor layers and millwrights throughout Michigan.

Together with its partners in management, the MRCC formed the Michigan Statewide Carpenters and Millwrights Joint Apprenticeship and Training Fund (JATF) to support apprenticeship programs throughout the state, training the next generation of skilled trades workers in Michigan. In support of that mission, the JATF embarked on an ambitious plan to build three new training centers in Detroit, Wayland and Negaunee, at a cost of more than $60 million.

The JATF learned about the MEDC’s Collateral Access Programs through its lender following an obstacle with the appraisal for the $30 million MRCC training center in Detroit. The collateral support program was able to step in and provide the additional $5 million collateral pool to make the deal work. Obtaining funds was simple, with the application process facilitated through its lender. In December 2020, the Michigan Strategic Fund approved $5 million in collateral support for the project.

“Absent the MEDC’s support, our capacity would have remained constrained, and the viability of the project would have very much been placed at risk as we would have had to delay to build capital reserves to serve as the same collateral pool,” said Steve Purchase, communications director for the MRCC. “That delay in turn would have exposed the project to the now-realized risks of inflation and interest rate rise. Instead, the MEDC was there to provide necessary support that allowed the project to proceed on time and on budget to meet the needs of our members.”

In June 2022, Governor Gretchen Whitmer joined labor leaders and local elected officials for the ribbon-cutting ceremony of the MRCC’s new training center in northwest Detroit. The 145,000 square-foot training center is home to state-of-the-art classrooms, training areas and some of the most advanced methods and tools in the industry. The new center will train up to 1,500 students a year and play a pivotal role in reaching the governor’s Sixty by 30 goal to have 60% of working-age Michiganders earn a skills certificate or postsecondary degree by 2030. With the opening of the Detroit training center, all three new buildings are now in operation. 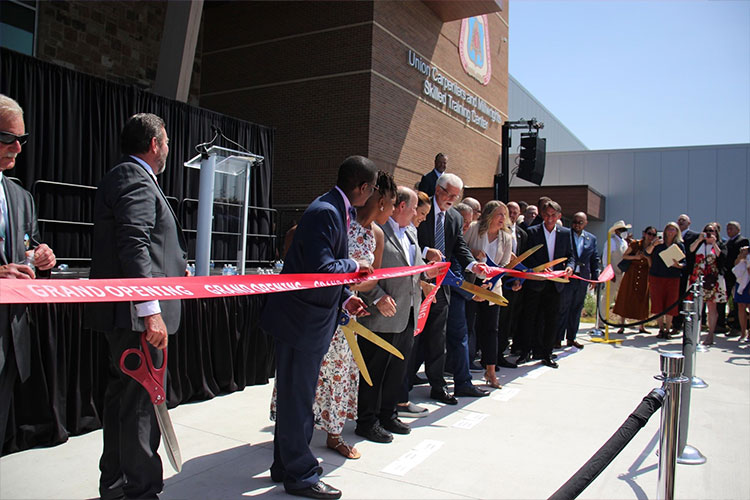 At the Detroit training center, apprentices work for signatory contractors in the field and spend one day every two weeks in school – tuition-free – learning how to do their crafts to the highest quality and safety standards. They are paid for their time in school. These training centers also support the MRCC’s pre-apprenticeship programs, such as the Summer Carpenter Bootcamp for high school students ages 16-18 and its adult readiness program.

Support from the MEDC allowed MRCC to proceed in building the training center needed to train its workforce and help to fill Michigan’s skilled trades gap, ultimately providing a much larger impact as MRCC members help build and outfit the factories, office buildings, multifamily projects and infrastructure that drive Michigan’s economy.

MRCC’s leadership and members are invested in the MEDC’s mission to support and grow Michigan’s economy. Its Executive Secretary-Treasurer, Tom Lutz, serves on the MEDC’s executive committee, and both the MRCC and JATF remain engaged in workforce development activities that are aligned with the MEDC’s mission.

“We are grateful the MEDC was able to step in and provide the support through the collateral support program that allowed us to build our Union Carpenters and Millwrights Skilled Training Center in Detroit,” said Lutz. “This building will serve the next generation of apprentices as they embark on a meaningful career in the skilled trades.”

Learn more about the ways MEDC supports Michigan’s small businesses and organizations through its Capital Access Programs at https://www.michiganbusiness.org/services/access-capital/.