On its journey to create a revolutionary and life-saving technology, Ann Arbor-based startup Fifth Eye found access to the support and ecosystem it needed thanks to the MEDC. 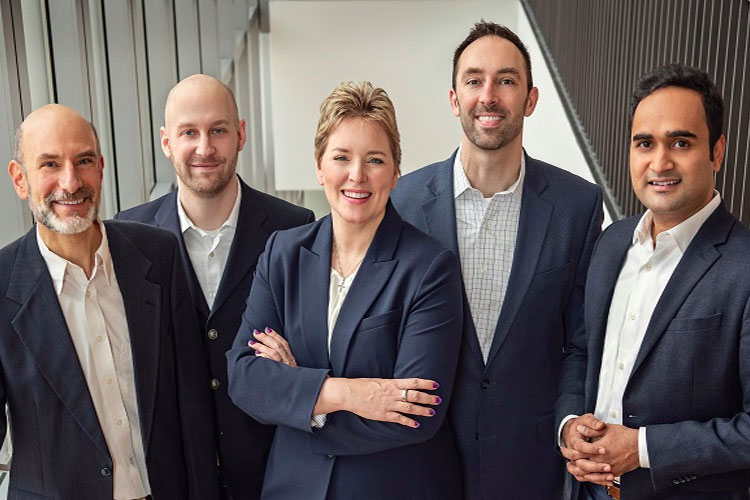 Imagine having the ability to anticipate that in five hours, your body will go into cardiac arrest. Equipped with this knowledge well in advance, you can begin working immediately to get to the nearest hospital, have your vitals checked and prevent the experience altogether.

This is not a pie-in-the-sky idea; rather, this is a real technology that has been developed and is in the process of gaining FDA approval to be deployed by Ann Arbor’s Fifth Eye, a startup company that has developed technology to interpret a patient’s electrocardiogram and detect future instability before a patient shows any signs of distress. An electrocardiogram (also called an ECG or EKG) is a test that records the timing and strength of the electrical signals that make the heartbeat. It is gaining wider everyday use with the introduction of the measurement into the Apple Watch in 2018.

Fifth Eye’s ECG analytic was not developed overnight, however. In 2014, a group of nurses, physicians, data scientists and computer scientists from the University of Michigan in Ann Arbor began exploring the possibilities associated with a data set developed by the U.S. Army that made it possible to simulate hemorrhage activity on otherwise-healthy volunteers. A member of this group — which eventually became the technical team at Fifth Eye — sought to build out that concept to create a first product that could continuously forecast patient trajectory and provide doctors and nurses a warning about impending catastrophic health events hours ahead of time.

That is where the Michigan Economic Development Corporation (MEDC) came in through its support of the Michigan Translational Research and Commercialization Program (MTRAC).

In 2015, the founding team at Fifth Eye received an award from the MTRAC Life Sciences Innovation Hub at the University of Michigan. By accessing this early funding, Fifth Eye was able to meet critical milestones as it built out the technology and prepared for spin out as a start-up company.

“From Day One, our team recognized that our concept was ambitious, but we knew that with MTRAC’s support of our vision, we could develop an analytic that could help save countless lives,” said Jen Baird, Founder, CEO and Board Member of Fifth Eye. “Looking back on that exciting journey, we are proud to count MEDC among our earliest supporters in helping bring this technology to life.”

Fast forward to 2018 and Fifth Eye was connected with a consulting team at the Small Business Development Center (SBDC), another organization supported through funding from the MEDC, which helped it navigate negotiations for the startup company to receive a license for its core technology from the University of Michigan. Later that year, Fifth Eye raised an oversubscribed $2.36 million Series Seed round, co-led by Invest Michigan and Biosciences Research and Commercialization Center (BRCC) — again, partners funded by MEDC — which enabled the company to close the first portion of a $11.5 million Series A funding round in less than 12 months.

Throughout this process under Baird’s leadership, Fifth Eye marked several valuable milestones, including hiring a team that could build the core technology; aligning its prototype software with FDA requirements; preparing documentation for FDA clearance; developing study designs; and recruiting hospital partners to pilot the technology.

“Being connected to the MEDC early on and then having access to its vast network of resources and partner organizations made all of the difference for us as we began the process of commercializing our concept,” Baird said. “Developing the core technology at Michigan Medicine, obtaining the seed funding needed to launch Fifth Eye with the technology license, and closing a larger funding round to bring the product through FDA approval was in large part thanks to the support we received from MEDC and its partners.”

So far in 2019, Fifth Eye has raised a total of $11.5 million in investment capital. It now continues to pursue the development of its product and aims to commercialize the technology beginning in 2021, knowing that regardless of the challenges it may face along the way, MEDC and its vast ecosystem of partners stand at the ready to help them along.

From providing access to early stage capital and supporting MTRAC Innovation Hubs throughout the state, to funding organizations to support businesses at various stages in their growth, MEDC is committed to helping support entrepreneurs and businesses grow and thrive in Michigan.