Celsee’s long list of accolades include “50 Best Michigan Companies,” “Top 10 Innovations” and “Top 100 Companies in North America.” A combination of hard work, great minds and support from the MEDC helped launch Celsee into the successful company it is today. 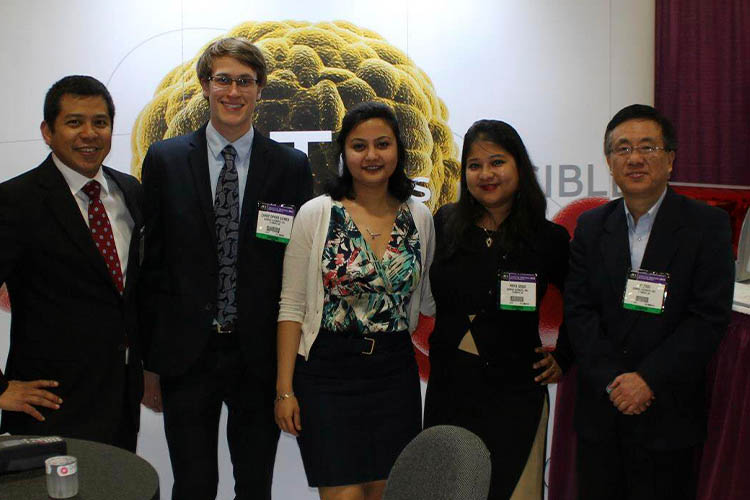 Celsee is working to dramatically change the way scientists understand disease through the revelation of single-cell analysis. Using its innovative product, the Genesis System, scientists have the ability to collect cell-based information and analyze and interpret cellular behavior.

Celsee was founded in 2010 by Priya Gogoi, Saedeh Sepehri and Chris Siemer under the name DeNovo Science, LLC. Shortly after its inception, Celsee won Best New Business Idea at the Great Lakes Entrepreneur’s Quest, qualifying them to take up residence at the Michigan Life and Science Innovation Center (MLSIC)—an MEDC-supported bioscience incubator located in Plymouth, Michigan. At that time, Celsee was a young company with little money, so MLSIC was the perfect space for its team to collaborate and grow the company without spending big dollars on a building lease. Attracted by its innovative business plan and the team’s ambitious vision and passion, serial entrepreneur Kalyan Handique joined Celsee in August 2011. Thereafter, the base technology for the Genesis System was created at MLSIC in the midst of great minds and other innovative high-tech companies.

“The MEDC and MLSIC proved to be a great resource for our team over the years,” Priya said. “With their guidance, we were empowered to create a solid business plan, connected with critical resources and formed invaluable relationships with aspiring entrepreneurs around us.”

In 2011, Celsee qualified as a semifinalist in the Accelerate Michigan Innovation Competition (AMIC). Coupled with support from MLSIC and the Small Business Development Center (SBDC) Tech Team, Celsee worked to refine its pitch and took first place at AMIC, outcompeting 300 companies. The grand price was $500,000, with half of the money awarded as a grant and the other half as a loan from MEDC-funded SmartZone, Ann Arbor SPARK. Celsee used the award to further develop its technology in advance of commercialization, a key outcome promised in its AMIC business plan.

"It is an exciting time in the Life Science community to support and foster a company’s idea and see it through fruition" said Frederick Earl, managing director of MLSIC.

Following AMIC, Celsee went on to raise additional funds from MEDC partners in the form of grants, pre-seed funding and investments, including pre-seed funding from Ann Arbor SPARK, investments from Invest Michigan, ID Ventures First Step Fund and angel investments led by Walt Young and Roger Newton, and a $27,000 Small Company Innovation Program (SCIP) grant that was used to perform technology validations. In 2015, the company officially changed its name from DeNovo Science, LLC to Celsee Diagnostics. In 2019 – after a few more rounds of angel investing – Celsee achieved success in the life sciences industry and came to outgrow its space at MLSIC. With a fresh name, expanded team and commercialized technology, Celsee said goodbye to the incubator it had grown to love over the years and opened its doors at a new business space in Ann Arbor.

“The MEDC has a number of programs and resources available for aspiring high-tech startups and entrepreneurs, like Celsee, that are looking to take their innovation to the next level,” said Fred Molnar, vice president of the MEDC’s Entrepreneurship & Innovation initiative and executive director of MLSIC. “Our goal is to help small businesses take their concept from ideation to commercialization so that eventually, they have the foundation they need to stand on their own—and Celsee is a perfect example of a successful transition.”

Today, Celsee’s Genesis System provides a practical and efficient approach to analyzing rare cells, while allowing for the unique processing of two slide technologies: Celsingle and Celselect. Celsingle provides researchers the ability to analyze molecular signatures from any number of cells for a comprehensive view, while Celselect enhances researchers’ ability to monitor circulating tumor cells for disease progression or therapeutic response. Altogether, the Genesis System, combined with the dual-slide technologies, provides scientists the opportunity to monitor the immune system and analyze pathways, among other processes critical to life sciences research.

With the help of the MEDC, Celsee has created a name for itself in the single-cell analysis arena. Between 2011 and 2019, Celsee filed for more than 60 U.S. patents or pending applications. Most recently in April 2020, Biorad Inc, a life sciences tool research company, acquired Celsee for a successful exit.

Every day, the MEDC is helping high-tech startups like Celsee take their products from ideation to commercialization. To learn more about the programs and services offered by the MEDC, visit michiganbusiness.org/entrepreneurship.