From Lansing, Michigan, to Australia, high-tech augmented reality startup ARUtility is helping to make the utility industry safer from one corner of the world to another. 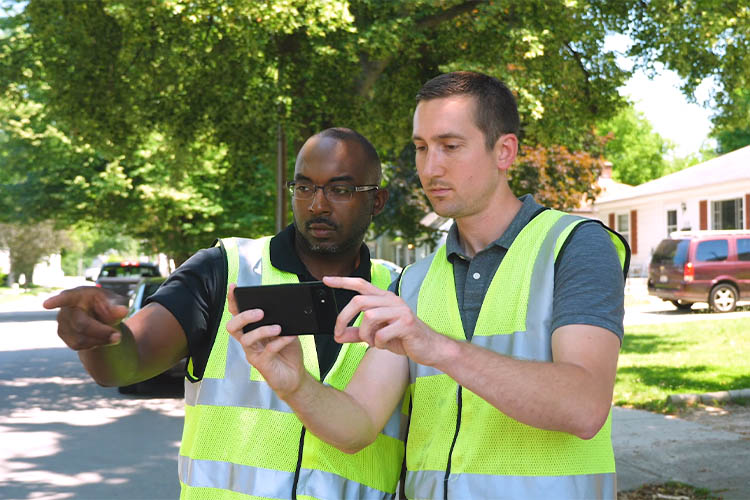 Founded in 2018 by Lansing natives Joe Eastman and Alando Chappell,who met as coworkers at the Lansing Board of Water and Light, ARUtility is an augmented reality utility location application that allows users to visualize above and below ground utilities in real time. The application seeks to reduce damage, make excavation more cost effective, assist users with asset management and help engineers identify potential conflicts before they happen.

The idea for ARUtility was conceptualized after Eastman witnessed a utility accident while he was performing an on-site inspection for a water main installation. The markings on the ground surface had been removed, causing the contractor to lose sightof where the utility was located and strike an underground gas line. The buried line spewed natural gas over the site,and the damage resulted in an evacuation of residents and tens of thousands of dollars lost. After witnessing the accident, it was then Eastman knew there had to be a better way to make construction near underground utilities safer.

Eastman and Chappell then began working to create and refine ARUtility. After a few months, the pair was selected to present at The Hatching, a start-up competition hosted by Lansing Economic Area Partnership (LEAP), a Michigan Economic Development Corporation (MEDC) SmartZone. Eastman and Chappell presented ARUtility to a panel of four judges and won the competition, taking home the grand prize of $2,000.

“The money from The Hatching competition was our first big break,” said Eastman. “It also put us in connection with folks from LEAP and MEDC,who helped us take ARUtility to the next level.”

With help from LEAP, Eastman and Chappell were given access to the resources they needed to take ARUtility from concept to a legitimate business. While working at the Lansing SmartZone, Eastman and Chappell were provided with high-tech business mentors in the area. They were also made aware of additional funds and how to apply—which led them to being able to secure a $3,200 BAF fund through the MEDC.

Eastman and Chappell then used the $3,200 award to grow ARUtility’s overall brand awareness. They purchased trifolds, pop-up banners and booths at prominent trade shows. The funds also went toward procuring video marketing—one of the first items sent to potential customers who were interested in learning more about ARUtility.

Since winning The Hatching in 2018 and receiving support from LEAP and MEDC, ARUtility has grown in popularity and is now being used in pilot programs in Western Michigan and Australia. Just recently, ARUtility joined forces with Esri, a global leader in location intelligence, as an emerging business partner in its global Startup Program. Looking toward the future, Eastman and Chappell are eager to continue growing and expanding their team, knowing that organizations like MEDC are available to support them along the way.

Every day, the MEDC is helping high-tech entrepreneurs and startups like ARUtility take their innovative ideas to market. For more information on MEDC and how to access capital resources, please visit michiganbusiness.org/services/entrepreneurial-opportunity/.