“Today’s MSF approvals will help us continue to drive economic growth in Michigan by expanding on our leadership in the future of mobility and electric vehicles, investing in our communities, creating jobs for our residents, and furthering initiatives that will ensure long-term economic opportunity throughout the state,” Gov. Whitmer said. “These actions demonstrate our ongoing laser focus on creating economic opportunity and prosperity for all Michiganders.” 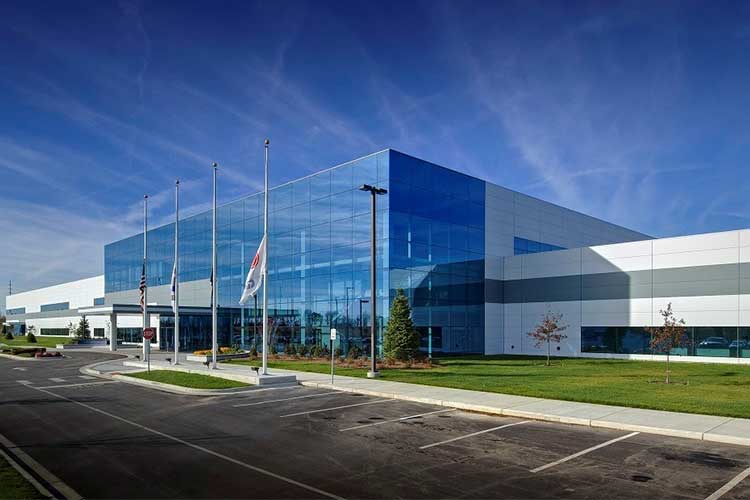 The project is expected to generate a total capital investment of $1.7 billion and create 1,200 jobs for Michigan workers. Michigan was chosen for the project over competing sites in the Southeast U.S. and overseas.

The project further boosts Michigan’s leadership in the electric vehicle and high-tech manufacturing industries, and brings a large number of good jobs to Michigan workers. The company has been one of the largest employers in the Holland community since 2010 and provides full benefits and training opportunities to its employees. This project will further cement LGES’s commitment to Michigan and will have a tremendous positive impact on Michigan’s economy.

To support the project, the Michigan Strategic Fund today approved:

Local support includes an Economic Development Incentive Rider from the Holland Board of Public Works that will provide significant savings. Allegan County is also acting as applicant for the CDBG program application and process, and the city of Holland is supportive of a property tax abatement. Lakeshore Advantage helped connect the company with local and state resources to help make this project a reality. For information on careers with LGES, visit here.

“The LG Energy Solution expansion project into the city of Holland is very beneficial to the people in our district. I am proud to have this company’s support and partnership for our community,” said State Rep. Mary Whiteford, R-Casco Twp. “The jobs created by these green initiatives bring 1,200 new jobs to our area. With this clean energy investment, our community will be an even better place to live, work and play.”

To read the full press release on the LGES expansion, visit here. 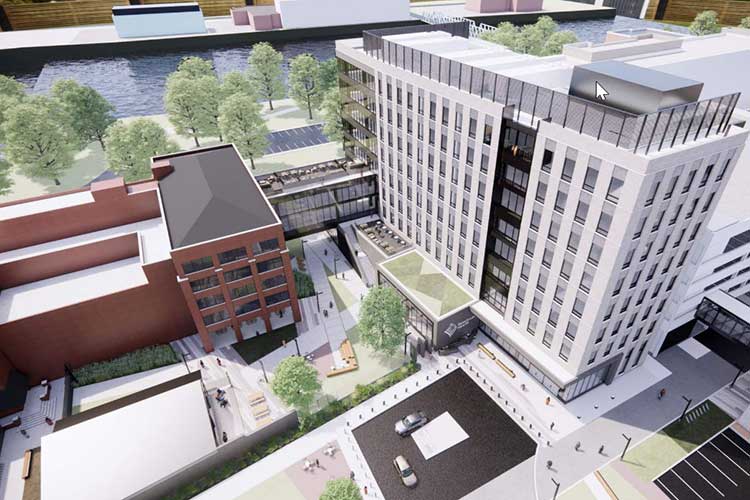 The Spectrum Health System Development Project will include the construction of an eight-story building and two parking structures in the Monroe North District near the Medical Mile in Grand Rapids. When completed, the 157,000-square-foot building will house Spectrum Health’s Center for Transformation and Innovation campus. The project is expected to generate a total capital investment of $97.8 million and will include a total of 1,800 newly created and relocated jobs.

In addition to reactivating vacant property, the project will be a catalyst to accelerate future development in the area and will positively impact future development along the river. It will also significantly impact the positive trajectory of continued investment, research, and commercialization in the medical industry of West Michigan and will provide significant economic impact for downtown businesses through the presence of hundreds of employees at the site on a daily basis.

The Grand Rapids Brownfield Redevelopment Authority today received MSF approval of $14 million in state tax capture for reimbursement of MSF eligible brownfield activities in support of the project. The city of Grand Rapids is supporting the project through the local portion of the brownfield tax increment financing valued at $6.2 million and direct infrastructure improvements valued at $6.3 million. The city of Grand Rapids is certified with MEDC’s Redevelopment Ready Communities program.

“This is a transformational project for the city and its North Monroe area that will continue to increase the vibrancy of the area,” said Grand Rapids Mayor Rosalynn Bliss. “The project will encourage additional investment in the Monroe North neighborhood and benefit the city by retaining thousands of employees and creating hundreds of new employment opportunities.”

Industry Detroit will rehabilitate the former Jefferson School in Detroit’s Midtown neighborhood into entrepreneurial office space called the Selden Innovation Center. The project will include flexible office space as well as public improvements such as activating nearby space into a public open space with trees, benches, dog park and space for food trucks. The project is expected to generate a total capital investment of $36.5 million and once fully occupied, support the creation of 380 new jobs.

The Michigan Strategic Fund today approved a $4 million Michigan Community Revitalization Program performance-based loan in support of the project. In addition, the Detroit Brownfield Redevelopment Authority received MSF approval of $1 million in state tax capture for reimbursement of MSF eligible brownfield activities. The city of Detroit is supporting the project through a property tax abatement valued at $2.8 million and is contributing the local portion of the brownfield tax increment financing valued at $1.7 million. The city of Detroit is engaged with MEDC’s RRC program.

The project will maintain the historic character of the building, which is listed in the National Register of Historic Places. By reactivating a vacant building, the project will create vibrancy and bring employees and business owners alike to the area. It is also expected to serve as a catalyst for future investment in the district.

The Ribbon Redevelopment Project will rehabilitate an existing vacant building in the East Warren corridor of Detroit into a three-story mixed-use project. When completed, the project will consist of retail and common space, and 18 residential units on the top two floors. The project also includes public infrastructure improvements such as lighting, landscaping, walkways and plans for an outdoor dining plaza. The project is expected to generate a total capital investment of $6 million and will increase density, restore walkability and serve as a catalyst for additional economic development in the area. In addition, the project is being led by an emerging developer and Detroit resident.

The Michigan Strategic Fund today approved an MCRP performance-based loan of $1.3 million in support of the project, and the Detroit Brownfield Redevelopment Authority received MSF approval of $552,426 for reimbursement of MSF eligible brownfield activities. It is anticipated that the city of Detroit will approve an Obsolete Property Rehabilitation Act tax abatement valued at $747,262. The city is also supporting the project through approval of the local portion of the brownfield tax increment financing valued at $391,025.

“The Ribbon Development Project highlights the administration's goal of supporting more neighborhood-based development on key corridors in the city and is the first of several projects identified along the East Warren corridor, identified by the East Warren Cadieux planning study and supported by the City of Detroit's Strategic Neighborhood Fund,” Bridges said. “The project will help spur additional growth along the corridor, increasing its vibrancy and walkability.”

The Ville Project will include the construction of a new two-story mixed-use building in downtown Fowlerville. When completed, the project will consist of eight residential apartments and commercial space on the first floor. The project is expected to generate a total capital investment of $3.7 million, supported by a $1.45 million MCRP performance-based loan. The village of Fowlerville is supporting the project through a 10-year Commercial Rehabilitation Act exemption valued at $451,196.

The project is the first new development in downtown Fowlerville in many years and will bring much-needed attainable housing and vibrancy to the downtown. It is also expected to serve as a catalyst for additional revitalization and economic activity in the community.

MSF also approved the Build MI Communities Initiative and guidelines, a new initiative that will provide grants to emerging developers for small-scale development in the state of Michigan. The initiative applicants will be individuals or entities with limited commercial and mixed-use
development or redevelopment experience, who are engaged in development projects with a total development cost of $2.5 million or less.

The goal of the program is to make MSF tools more accessible to a more diverse group of applicants, as well as expand the pool of experienced developers in Michigan. To learn more about the Build MI Community Grant Initiative, visit here.

“The projects approved today build on our statewide leadership in EV and mobility innovation, bring good jobs to West Michigan, support affordable housing and future business growth opportunities in communities around the state, and help increase development opportunities to developers and projects of all sizes,” said Michigan Economic Development Corporation CEO and Michigan Strategic Fund President and Chair Quentin Messer Jr. “Today’s MSF actions demonstrate our ongoing commitment to ensuring our work is making an impact no matter where our friends and neighbors reside across Michigan.”