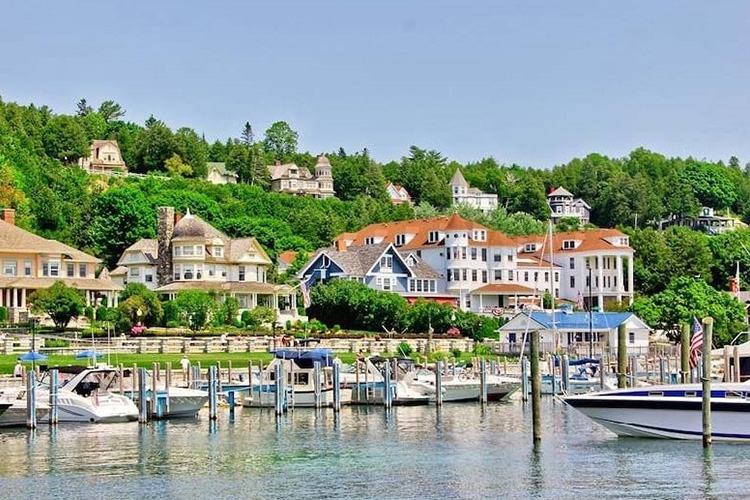 LANSING, Mich. – The Michigan State Historic Preservation Office (SHPO), part of the Michigan Economic Development Corporation, announced today that the city of Mackinac Island in Mackinac County has been accepted to the Certified Local Government (CLG) program, following confirmation from the National Park Service, U.S. Department of the Interior.

“Mackinac Island is a special place, defined, in part, by its connection to the past,” said State Historic Preservation Officer Mark A. Rodman. “The Island’s cultural and historical significance underlie its stature as a world-class destination and live on today in the efforts of the city of Mackinac Island, Mackinac Island State Park, and others who work to preserve and share the story of the island’s history. We are excited to welcome the city to the CLG program and look forward to working alongside the city in its ongoing preservation journey.”

The Certified Local Government program is a partnership among local, state, and national governments focused on promoting historic preservation at the local level. The National Park Service administers the program in coordination with the State Historic Preservation Office. Certification makes the city of Mackinac Island eligible for specialized technical assistance and programming from the SHPO.

Participation in the CLG program also makes the community eligible for federal grants provided by the U.S. Department of the Interior and administered by the SHPO. These grants may be used for a variety of preservation activities, such as historic resource surveys, National Register of Historic Places nominations, educational and heritage tourism initiatives, pre-development plans and studies, and rehabilitation of certain historic properties. The CLG program will provide the city of Mackinac Island with funding opportunities and additional tools to meet its preservation goals.

“The city of Mackinac Island wishes to express its appreciation to the State Historic Preservation Office and the National Park Service,” said Mayor Margaret Doud. “The city and its Historic District Commission, as well as the Mackinac Island Foundation, see this is a great opportunity to receive further guidance and support from the SHPO and the National Park Service. The state and the nation are blessed with this island that has so many historic structures and settings, all of which tell great stories about our heritage.”

Unique among Michigan’s cultural landscapes, Mackinac Island’s natural beauty and historic character remain a strong draw for the renowned destination. Preservation efforts on the island date to 1875, with the federal government’s establishment of Mackinac National Park. This later became Mackinac Island State Park, which covers over 80 percent of the island. In 1960, the entire island was designated as a National Historic Landmark, recognizing the island’s significance to indigenous cultures and its role in the fur trade, defense on the western frontier, and the rise of the summer resort industry after the Civil War.

In 2010, the city of Mackinac Island established its first local historic districts to protect the character of the island’s irreplaceable heritage assets. Two additional districts were established in 2013. Today, the city continues to build on its preservation ethic by working with property owners and documenting additional sites of significance to the community.

“Mackinac Island is one of Michigan’s premier cultural destinations, and it is in large part because of the community’s efforts to maintain the unique history of the community, that so many visitors are drawn to the island year after year,” said Dave Lorenz, vice president of Travel Michigan, part of the Michigan Economic Development Corporation. “Efforts like the CLG program are extremely important in supporting our tourism industry across the state. We applaud the city of Mackinac Island’s continued commitment to historic preservation.”

Mackinac Island joins a growing network of more than 2,000 Certified Local Governments across the country, including 35 other Michigan communities. There is no cost to participate in the program, but communities must meet certain requirements. Participating communities must have a local historic district ordinance and appoint a historic district commission to review proposed work in locally designated historic districts. CLGs must also encourage public participation in the local historic preservation program and seek ways to identify, protect, and celebrate important historic resources in their community.

About the State Historic Preservation Office
Focused on the historic preservation of culturally or archaeologically significant sites throughout the state, Michigan's State Historic Preservation Office’s main function is to provide technical assistance to local communities and property owners in their efforts to identify, evaluate, designate, interpret and protect Michigan’s historic above- and below-ground resources. SHPO also administers an incentives program that includes federal tax credits and pass-through grants available to Certified Local Governments.