LANSING, Mich. – Five historic Detroit places associated with the Civil Rights Movement and African American experience in the twentieth century have been recognized by the National Park Service (NPS), the Michigan Economic Development Corporation announced today. Nominated by Michigan’s State Historic Preservation Office (SHPO), these five sites join nearly 2,000 others in the state that have been listed in the National Register of Historic Places since 1966.

“These places are associated with both the struggles and successes of the African American community in Detroit during the volatile mid-twentieth century. The Civil Rights Movement sought to demand equality for African Americans in the North as much as in the South,” said Deputy State Historic Preservation Officer Martha MacFarlane-Faes. “By listing these sites, the National Register recognizes Detroit’s significant role in the growth of the movement. They embody the wide range of issues the Black community encountered as it worked toward empowerment during this period.”

The nominations to the National Register were prepared as a part of a competitive African American Civil Rights program grant awarded by NPS to the Michigan SHPO. The sites were selected by a 14-person Civil Rights Advisory Committee that included local historians familiar with Detroit’s Black history and staff members from SHPO and City of Detroit Historic Designation Advisory Board. Quinn Evans Architects of Ann Arbor was selected to research and prepare the nominations for each of the five sites along with a context document that more broadly discusses the Civil Rights Movement in Detroit throughout the twentieth century.

The Civil Rights sites in Detroit that were listed in the National Register are:

“On behalf of the officers and members of the Shrine of the Black Madonna in Detroit, Atlanta, Houston, Calhoun Falls, S.C. Monrovia and Ganta City, Liberia we are honored to receive this national historical landmark designation,” said Shrine of the Black Madonna Bishop Mbiyu Chui. “We continue to build and expand upon the legacy of our beloved founder, Rev. Albert B. Cleage Jr. who devoted his life and ministry to the mission of transforming urban ghettoes into Christian communities to bring about equality, justice and freedom for his people at home and abroad.”

To be considered for National Register listing, a property must be at least 50 years old, possess historic integrity, and be significant for its association with important people, events, or architecture/design at the local, state, or national level. 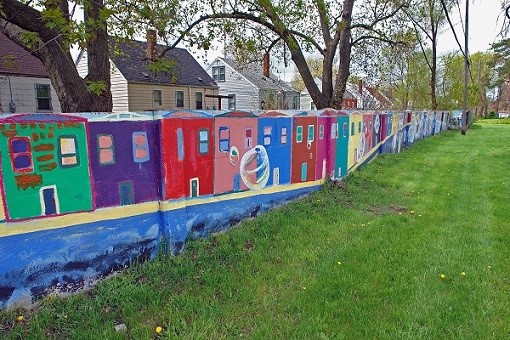 The Birwood Wall is significant for its association with the federal policy of redlining that ensured neighborhoods would remain racially segregated in the mid-twentieth century. The wall is a six-foot-high solid concrete wall that stretches for three blocks. It was constructed in 1941 to physically divide two growing neighborhoods, one White and one Black. It is a rare surviving, tangible, human-scale example of the lengths to which the government, the real estate profession, private developers, and White residents were willing to go to keep neighborhood populations the same race. Redlining meant African Americans rarely qualified for federal mortgage loans and thus were denied participation in the American Dream of homeownership that characterized the postwar era. The wall can be publicly viewed from the Alfonso Wells Memorial Playground. 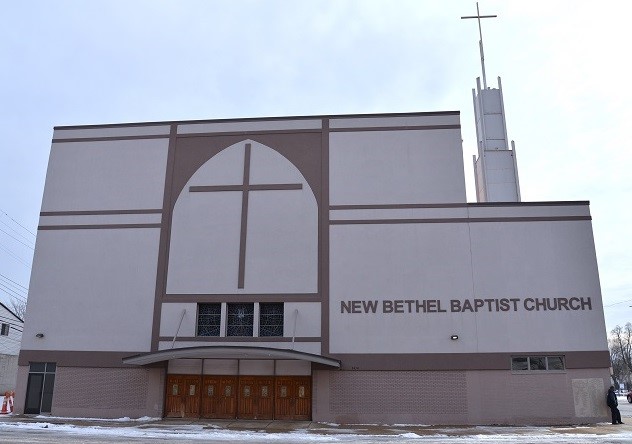 New Bethel Baptist Church is significant for its association with the Reverend C. L. Franklin and the extensive leadership the church showed during in the Civil Rights Movement in the 1960s. Franklin was a gifted and influential pastor whose radio show and recordings attained a national following. He was a supporter of the non-violent activism of Dr. Martin Luther King Jr. and was the originator of the Walk to Freedom march held in Detroit in 1963, the first major civil rights march in the nation’s history. New Bethel Baptist Church it is also the venue where singer Aretha Franklin began her musical career. 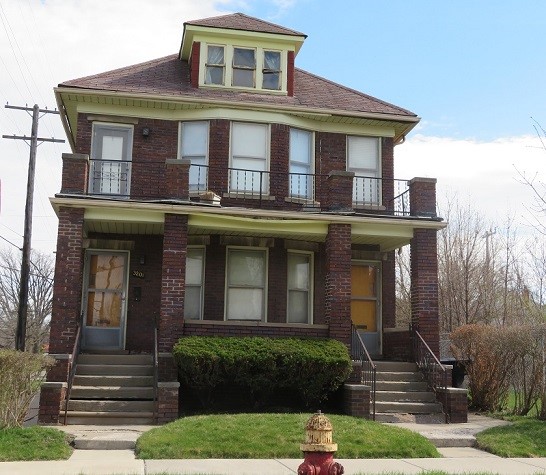 When Rosa Parks refused to give up her bus seat to a White passenger in Montgomery, Alabama in 1955, she changed the course of civil rights history and focused national attention on discriminatory practices. To escape the harassment she faced in Alabama, Parks and her husband Raymond moved north eventually settling in Detroit, where she had family. They moved into the ground floor flat of this duplex in 1961 and lived there until 1988. During this time, Parks continued her activism and the flat became a place for meetings and discussions on civil rights. She served as an aid to Congressman John Conyers Jr. and participated in numerous civil rights events while advocating for equal treatment under the law for African Americans around the country. In the late 1960s she aligned with Detroit’s leaders in the Black Power Movement. Parks took a particular interest in children and developed the Rosa and Raymond Parks Institute for Self Development in 1987 to further youth education and leadership. (NOTE: this property remains a private residence.) 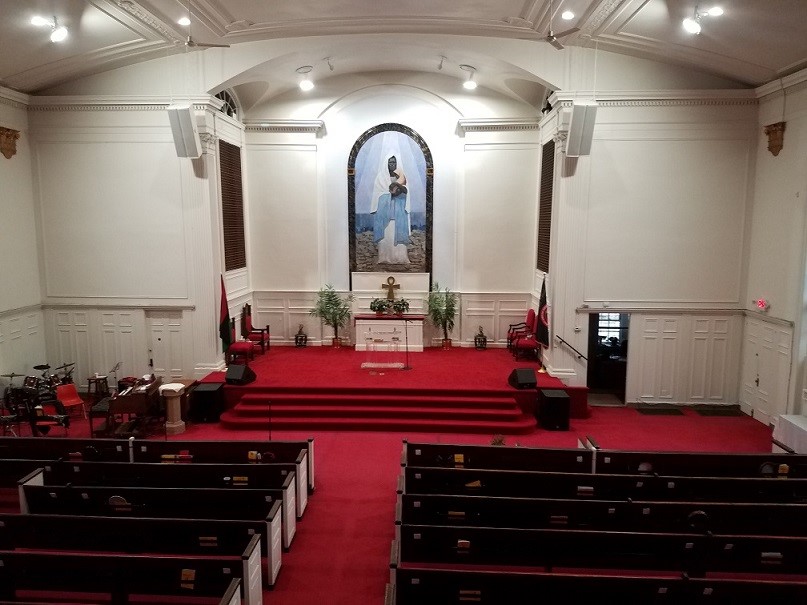 Commonly known as the Shrine of the Black Madonna, this church is significant for its association with the Reverend Albert B. Cleage Jr. (later Jaramogi Abebe Agyeman). Cleage was a nationally known civil rights leader, a champion of the Black Nationalism Movement, and a fiery community organizer in Detroit. He advocated for unity among African Americans, and championed separatism over integration. Cleage believed Blacks should actively develop their own power structures, instead of waiting for traditional White society to hand them their rights. On Easter Sunday 1967, Cleage shocked the Black community when he rechristened Central Congregational Church as the Shrine of the Black Madonna, and unveiled an 18-foot mural of a Black Madonna and child commissioned from Black artist Glanton Dowdell, challenging Blacks to adopt a new world view that was not based on accepted White norms. The Shrine became one of the largest and most influential Black Nationalist churches in the country and the mural an iconic symbol of the Civil Rights Movement. 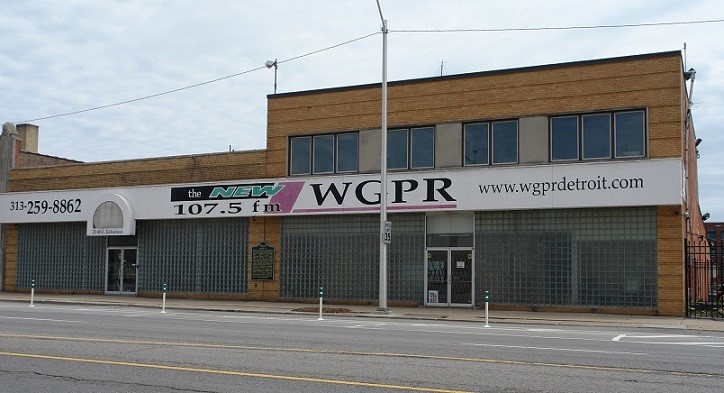 WGPR-TV is significant as the first Black-owned and operated television station in the United States. Founded by attorney William R. Banks, the station debuted in September 1975, a decade after African Americans challenged the FCC on the lack of Black programming. WGPR-TV aired an Afro-centric focused newscast, a dance show, and public affairs features. In addition to providing an African American perspective on news and current affairs, it also afforded career and training opportunities behind the camera for Black students and professionals. The station was eventually sold to CBS in 1995 when it transitioned to general programming and changed its call sign to WWJ. The interior studio space retains a high degree of integrity from the WGPR-TV television station era. It has since been transformed into the William V. Banks Broadcast Museum which chronicles the origins and influence of WGPR.

The National Register is the United States federal government's official list of districts, sites, buildings, structures, and objects deemed worthy of preservation for their historical significance. Properties are nominated for listing by each state’s SHPO, often in partnership with local individuals or community organizations.

For more information about the National Register of Historic Places program in Michigan, and on how to nominate a property, visit https://www.miplace.org/historic-preservation/programs-and-services/national-register-of-historic-places/.

For more information about the African American Civil Rights program grant awarded to the Michigan SHPO and for links to the National Register nominations for each of these Civil Rights sites, visit https://www.miplace.org/historic-preservation/programs-and-services/detroit-civil-rights-project/.