The Michigan Film and Digital Media Office has positioned Michigan as a worldwide production destination and provides a number of services and information regarding filming, production, permitting and more. 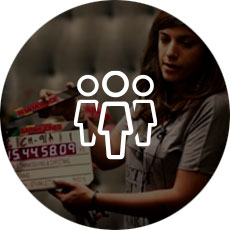 Find a location to film in Michigan

By creating tours, by featuring certain productions, and/or by allowing self-directed searches, Michigan is now well positioned to capture the rising tide of film tourism.

Being the only state that touches four of the five Great Lakes, Michigan has more than 11,000 inland lakes and over 36,000 miles of streams. The state's unique topography results in the variety of filming locations Michigan has to offer filmmakers and productions.

- Access to the Reel-Tourism module will become available shortly

The “Batman v Superman: Dawn of Justice” mobile tour app, commissioned by the Michigan Film & Digital Media Office, debuted on the same day the film was released in theaters, March 25. The exciting new app developed by Grand Rapids-based Mutually Human allows movie fans and travel enthusiasts to combine their interests to create a tailored experience shaped by their own, self-guided navigation of locations from the film’s scenes shot in Detroit.

The mobile tour features an interactive map that designates 12 shooting locations from the Warner Brothers movie and gives background information about the scene shot at the site, as well as the property itself. The app also features social media sharing functionality, as well as a library of “Batman v Superman: Dawn of Justice” characters and clips.

“This app also takes an innovative approach that helps us promote Michigan businesses and cultural destinations located nearby and along the paths to location sites in ‘Batman v Superman: Dawn of Justice.’’

Sites included in the app are exclusively from scenes shot in Detroit at locations like Belle Isle, the Michigan Central Station, and the Masonic Temple.

Through the assistance of the Michigan Technology Association of Michigan (MTAM), the MFDMO reviewed multiple proposals from Michigan-specific app developers.

In consultation with Warner Bros., the worldwide distributors of the movie, the company Mutually Human out of Grand Rapids was selected to build and design this unique tourism-focused mobile app. Approval was also given by Atlas Entertainment/Cruel and Unusual, producers of “Batman v Superman.”

The Production Directory is a database filled with local film professionals and vendors. The Michigan Film and Digital Media Office assumes no responsibility for any fraud perpetrated by any individual or vendor. Please use this directory as a reference tool, not as an endorsement by the Michigan Film and Digital Media Office. The database will allow you to customize a search by category, name, region, and credits. Listings include a description and multiple credits for each crew person and support services company.

The Michigan Film and Digital Media Office provides this listing service to our community of crew and support services companies. For those listing, please make sure you are entering one professional production credit per category or there will be a delay in getting your listing live and online. You MUST be a Michigan Resident and/or Vendor to list in the Michigan Film and Digital Media Office Production Directory. Production credits can be in television, commercials, film, documentaries or music videos.

NOTE: The Michigan Film and Digital Media Office (the “MFDMO”) provides this information solely for your convenience. The MFDMO posts the information as supplied to the MFDMO as is, and does not certify the authenticity of information that originates from third parties. The MFDMO assumes no liability for any actions taken or omissions made from reliance on any information contained herein from whatever source nor shall the MFDMO be liable for any other consequences from any such reliance. The MFDMO will correct errors and omissions when they come to our attention and we welcome all parties to inform us of possible errors and omissions.

Whether you are seeking positions on a production as an actor, extra, or crew member, or you are looking to fill those positions for your production, we are here to help.  Those seeking to have cast or crew calls displayed, please provide us with an extensive email listing the full details (i.e. - production title, production company, production description, positions sought, dates, times, locations) and send that into our office via email to mfo@michigan.org.  Thank you.

State Law restricts the number of hours minors are able to work per week as well as numerous other regulations which must be adhered to.  Please thoroughly read and fill out the attached Youth Performing Arts Form.  Any questions regarding the youth employment laws or the application can be directed to Tara Bride, Youth Employment Regulation Specialist for the Michigan Department of Education.  Ms. Bride can be reached at (517) 335-6041 or via email at bridet@michigan.gov.

Permitting in Michigan is largely handled at the local level of government.  While some communities may not require a permit, the MFDMO strongly recommends that productions verify permit requirements by contacting villages, townships, municipalities, cities, and county governments where filming is to occur.  The MFDMO is here to assist with any and all permitting questions and we can be reached at (800) 477-3456.

The Michigan Film and Digital Media Office has over 6,000 individual locations that cover the diverse Michigan landscape. Individuals and business owners may submit their properties to our location database by following the link below.  The submission process allows for up to 10 photos to be uploaded with a maximum size of 5.00 MB's.  If you need more specific information about the locations you find here, please contact our office at 800-477-3456. Powered by Reel-Scout™, our library offers interactive mapping through Google and live weather data through The Weather Channel. It is updated regularly so please return often.

According to IMDB.com, nearly 3,000 movies, television programs, short films and videos have been filmed either entirely or in-part in the State of Michigan.  Michigan has a vibrant history of independent filmmakers who have honed their craft right here at home.  We want to continue to promote the work that occurs in Michigan, not just by our indigenous filmmakers, but also those filmmakers who come to Michigan to make their projects.

Beginning in 2008, tax credits were used to lure production companies to the state, and then in 2012, a cash-rebate incentive program was instituted. The incentive program was eliminated on July 10, 2015 through legislative action. If you seek information from any of our prior program years in order to complete the incentives claim process on your project please call us at (877) 477-3456 or (517) 373-3456, and we will gladly assist you.

Have you recently completed work on a feature film, short film, documentary, commercial, music video or other filmed content?  Tell us about your project and help us grow Michigan's creative economy.