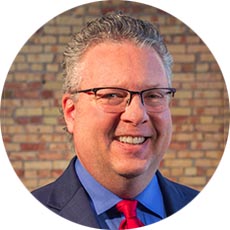 Bob Trezise has been President & CEO of the Lansing Economic Area Partnership (LEAP) since 2011, which represents Global Lansing- Clinton, Eaton and Ingham counties. LEAP also has a contract to manage the City of Lansing’s economic development department, including its Brownfield Authority, Tax Increment Finance Authority and the Lansing Economic Development Corporation (LEDC). LEAP also has a contract managing Ingham County’s economic development efforts along with the region’s SmartZone (LRSZ). During Bob’s tenure, LEAP private sector projects have totaled over $1.9 billion in private investment and have created near 5,000 direct-private jobs.

Since 2006, Bob has been running the City of Lansing’s economic development efforts, as its President and CEO. During that time, the city has experienced massive revitalization ranging in the billions of dollars, thousands of jobs created, along with four straight years of population growth. From 2001 – 2006, Bob was the Managing Director and creator of the Michigan Economic Development Corporation’s Community Assistance Team (CATeam). Additionally, he was the founder of the Michigan Main Street program and worked on hundreds of community revitalization projects across the entire state. Bob also served as the Vice-President of the Lansing Regional Chamber of Commerce (LRCC) and Director of Delta Township’s economic development department, where he played a role with the successful Keep GM campaign.

Trezise is a graduate of James Madison College at Michigan State University and received a graduate degree in Public Administration from Western Michigan University.