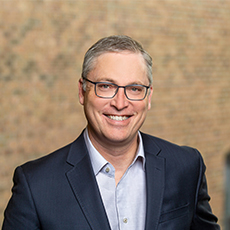 As President & CEO of The Right Place, Randy leads economic development strategy through collaboration with local, State, and national organizations and stakeholders. His role is central to the organization’s core work of business retention, expansion, and attraction within the community, while aligning with The Right Place’s mission of driving sustainable economic growth and shared prosperity for all in the Greater Grand Rapids Region.

Randy joined The Right Place team in 2021 after serving as Senior Vice President of economic development at the Downtown Denver Partnership. There he led efforts to attract investment, recruit and retain business, and advocate for housing, retail, and public policy initiatives. He supported downtown projects totaling more than $1 billion in investments.

Prior to his role at the Downtown Denver Partnership, he led the Greater Omaha Economic Development Partnership, a two-state, eight-county regional economic development effort. Randy executed a $24 million Prosper Omaha strategy which brought $3.9 billion in new capital investment and 13,000 new jobs to the area.

Randy’s career began at economic development organizations in Evart and Monroe, Michigan before he moved to the Michigan Economic Development Corporation (MEDC). From there, he was hired as the first President of Lakeshore Advantage, where he led attraction of $1.2 billion in investments and 8,000 jobs during his 10-year tenure.