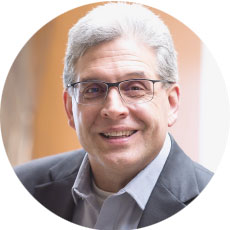 Over the preceding fourteen years, Fittante served in the legislature. In addition to serving as Chief of Staff to the 38th Senate District, which spans most of the Upper Peninsula, Fittante also served as a Policy Advisor to the Michigan House of Representatives where, among other responsibilities, he managed three statewide task forces that addressed job creation, education, and agriculture.

Fittante’s legislative works spanned numerous industries and areas, including natural resources, transportation and regulatory affairs. His legislative works included helping manage passage of over 100 bills into law, including legislation to regulate non-ferrous metallic mining, which has resulted in the creation of some 400 jobs and nearly $1 billion in local investment in the Upper Peninsula. He also worked on legislation that led to the Healthy Michigan Forestry Package, a partnership between the forest products industry and the environmental community to provide sustainable, responsible forest harvesting practices.

Fittante is a graduate of Bay College, Ferris State University, and Wayne State University Law School. Following graduation from WSU, he spent thirteen years practicing law in the Upper Peninsula, where he specialized in criminal defense and domestic relations.