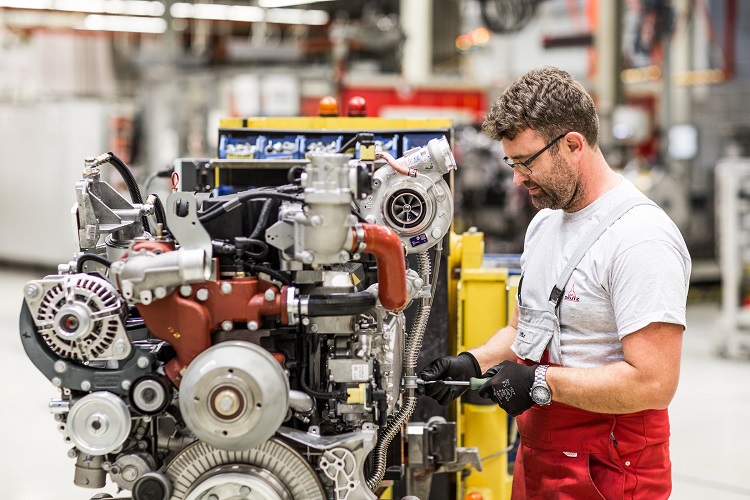 Deutz Corporation is the world's oldest engine company and one of its leading manufacturers. It was founded in Cologne in 1864 when Nicolaus August Otto and Eugen Langen created the world's first engine factory and where Otto perfected the four-stroke engine that is the basis of virtually all of today's combustion engines.

In 2012, Nick Price, Deutz Corporation's senior buyer, began exploring the potential for a new supply chain for both its U.S. and global production. Because Michigan is the heart of the U.S. automobile industry, Price began considering the state for the company’s future expansion, discovering Michigan suppliers are well-acquainted with the parts, quality, and delivery requirements of a company such as Deutz.

At the time Price turned his sights to Michigan, the parts industry and the supplier market were recovering from the 2008 crash, and suppliers' initial interest was strong. But as the automotive industry began to rebuild, Michigan suppliers largely lost interest in dealing with a manufacturer focused exclusively on engines for off-highway applications.

That is where Deutz's relationship with the Michigan Economic Development Corporation (MEDC) comes into play.

“One of the great things I appreciate about working with the MEDC is its ability to reach out to other organizations within the state and offer support in terms of resources and benefits,” Price said.

Deutz’s work with MEDC dates to MEDC's nascent supplier-manufacturer matchmaking efforts during that period. Thanks to the relationship it built with MEDC – and its participation in matchmaking summits and networking opportunities hosted by MEDC’s Pure Michigan Business Connect (PMBC) program – by the end of 2016, the company had placed quotes among companies in the Michigan supply base totaling about $760 million of annual turnover.

In one instance, Deutz issued 118 purchase orders to a Michigan supplier with an aggregate value of $800,000.

And the relationship continues. Today, working through the PMBC program, MEDC provides Deutz with custom research and support of Buyer Tours to access potential suppliers for active Deutz projects.

"I have certainly found the MEDC has supported Deutz in every possible way we've asked," Price said. "We are treated as if we are a highly important partner to the MEDC. When I come to Detroit to meet with potential suppliers, they transport me to each supplier and participate in the meetings. They do a fantastic job in supporting the relationships I'm seeking to build."

To learn more about the MEDC and the ways it can help businesses connect to new resources, meet new partners and access the capital businesses need, visit http://www.michiganbusiness.org/pure-partnership.