Specializing in building projects that anticipate a future market demand, Ashley Capital has generated its success over the past 35 years thanks to its “build it and they will come” mindset. 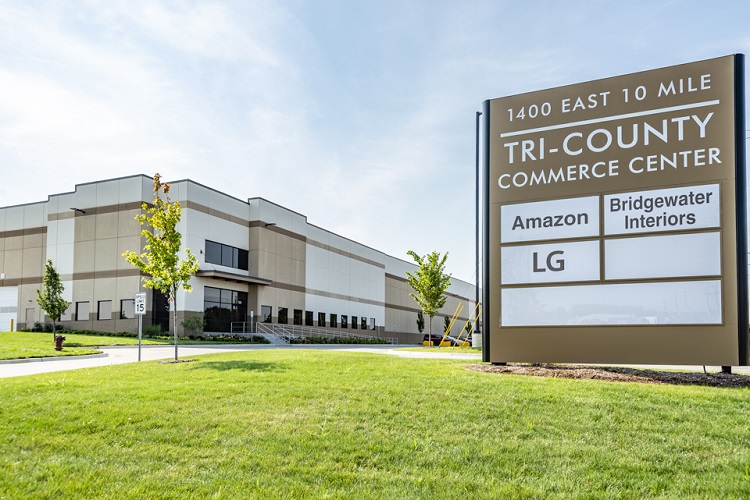 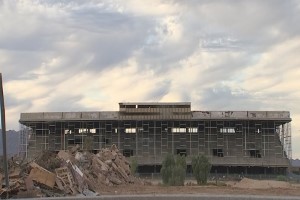 Established in 1984, Ashley Capital has made a name for itself by utilizing available sites or remedying blighted properties to breathe life back into these sites, often before tenants are even secured to fill them. In 2016, Ashley Capital turned its sights on a long-abandoned racetrack in Hazel Park, deciding to tear down the dilapidated barns and stables and replace them with state-of-the-art mixed-use development space. The only catch? Cleaning up the blighted racetrack — and the toxic chemicals that now filled it — would prove to be expensive.

That’s why Ashley Capital sought assistance from the Michigan Economic Development Corporation, receiving an award from the Brownfield tax increment financing program to help cover costs associated with building on the contaminated land.

“Although we had been in the game long enough to have built strong credibility when we turned to the MEDC for support, they still took a leap of faith on us by believing that if we cleared up the site and built the space, the tenants would then follow,” said Susan Harvey, senior vice president for Ashley Capital.

Prior to Ashley Capital receiving the award, the MEDC had never provided an incentive for a building project that did not already have tenants committed. However, the MEDC recognized that the abundance of sites in Michigan where occupancy rates for commercial real estate were maxed out could mean an abundance of development opportunity, and anticipated that the demand for turnkey, developed properties would secure tenants once the site was built.

Fast forward three years and not only did the tenants come to the 575,000 square-foot building Ashley Capital created — providing 175 construction jobs in the process — but the company is now constructing Phase Two of the development, with a second building expected to be delivered at the close of the 2019 with the capacity to support more than 600 jobs.

Thanks to the funding Ashley Capital received from the MEDC to first decontaminate the site, it was able to dedicate its own resources toward constructing a space that attracted household names like Amazon, LG Electronics and Bridgewater Interiors, which together employ more than 400 workers. And having these companies housed within the city has had a snowball effect on the surrounding area.

“Ashley Capital’s initial investment in the city has spurred economic investment throughout the region, leading to residential developments popping up nearby that result in construction jobs, new residents and greater purchasing power for the city itself,” said Jeff Campbell, community development director for the city of Hazel Park. “Having Ashley Capital redevelop the racetrack has helped attract new restaurants and breweries to consider locating here and contributes to an overall sense of pride for residents and workers in the city of Hazel Park.”

“Without the MEDC’s support, we would have been unable to take a chance on revitalizing the Hazel Park racetrack. At the end of the day, their help truly made all the difference not only for our company, but for the city itself,” Harvey said.

In 2021, Ashley Capital’s investment in the racetrack continued to pay off, as the Michigan Department of Transportation announced it would fund infrastructure improvements at the racetrack that would allow Avancez, LLC to develop a new and expanded manufacturing facility at the site. Avancez specializes in assembling complex modules for installation in OEM assembly plants throughout North America. Avancez will use its site at the racetrack to provide a variety of assembled modules for General Motors’ upcoming Factory ZERO complex at the site of the former Detroit/Hamtramck plant, which is the company’s first fully dedicated electric vehicle assembly facility.

Ashley Capital continues looking at potential sites throughout Michigan that could benefit from the company’s redevelopment efforts, all while knowing that the Michigan Economic Development Corporation shares its commitment to supporting projects that create vibrant and resilient communities and make Michigan a preeminent place to do business.

To learn more about the tools and services the MEDC can provide, go to michiganbusiness.org.