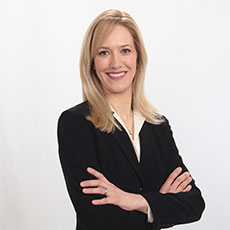 Prior to working at Oakland County, Ingrid served as the Executive Director of the Birmingham Shopping District where she planned, organized, coordinated and directed programs and activities designed to promote and foster downtown Birmingham as a center for business, social, cultural and community activity.

Ingrid attended Vanderbilt University on a four-year R.O.T.C. scholarship and was commissioned as a U.S. Army Signal Corps officer upon graduation. She served from 1998 to 2005 with the 1st Infantry Division in Germany participating in NATO peacekeeping operations in Macedonia and Kosovo and later with the 1st Cavalry Division leading troops in 2004 to 2005 in the combat zone of Baghdad, Iraq.

After honorably separating from the Army, Ingrid used the post 9/11 G.I. Bill to obtain her Master of Public Administration from the Gerald R. Ford School of Public Policy at the University of Michigan.